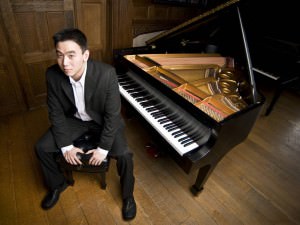 The two justices are ideological opposites — and very close friends. "If they can get along and be friends, there's no excuse for the rest of us," Wang told the press in a telephone interview.

Wang recently graduated from the University of Maryland Law School. The Associated Press notes that he "previewed his work during a private audience with the two justices in late June, the day after the court issued its final opinions for the session… Ginsburg said the timing was perfect and 'that after Scalia's stirring [dissent] in the Windsor case, that we should end up on this note emphasizing the importance of collegiality.'"

Wang plans to finish the one-hour opera in time for a premiere in Washington next year.