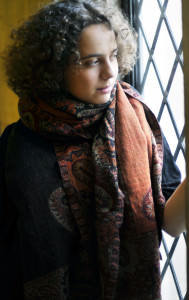 The competition, originally started in 1964, is open to young, highly qualified performers from all over the world who specialize in historically informed performance practice. Miller, a fortepianist, pianist, and harpsichordist, was awarded the first prize.

Along with her keyboard studies, Ms. Miller majored in Literature and Slavic Languages at the University of Provence, France. She has also studied liturgical music, both at Yale and in Moscow, and currently works as a choirmaster.