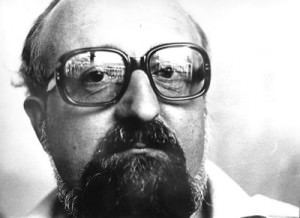 WARSAW, Poland (AP) — As Polish composer Krzysztof Penderecki approaches his 80th birthday, he says he is working on a new opera and some chamber music, and has no plans to retire.

Penderecki met with reporters on Monday to discuss a festival of his music in Warsaw to celebrate his birthday in November. Well-known musicians such as violinist Anne-Sophie Mutter and conductor Lorin Maazel will perform his concertos, a symphony and religious music.

Poland also plans to issue a collectors' bank note marking his birthday with an image of him conducting.

In the 1950s and 1960s, Penderecki experimented with sound and scale, but later turned to large forms for orchestra and choir. He now favors chamber music.

Penderecki, who taught at the Yale School of Music in the 1970s, has won three Grammy Awards.

Note: Penderecki will guest conduct the Yale Philharmonia in two of his own works on November 1, 2013. More Info »