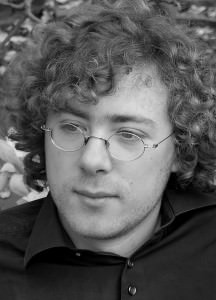 The Yale School of Music will present members of the Yale Baroque Ensemble in their first concert of the year on Tuesday, October 8, 2013. The program will focus on chamber music of J.S. Bach.

The Yale Baroque Ensemble (YBE) is a postgraduate ensemble whose members undertake a year of intensive study. The new members featured in this performance are Nayeon Kim, baroque violin, and Jurrian van der Zanden, baroque cello. They will be joined by harpsichordist David Fung.

Robert Mealy, described by the New Yorker as “a world-class early music violinist,” directs the YBE. The concert begins at 5:30 pm at the Yale Collection of Musical Instruments, 15 Hillhouse Avenue, New Haven.

J.S. Bach’s chamber music is often considered to be among the most profound of his opus. The concert will open with Suite No. 4 in E-flat major for unaccompanied cello, BWV 1010, performed by Jurrian van der Zanden. Next is the Sonata in G major for violin and basso continuo, BWV 1021, featuring all three musicians. The concert will conclude another solo suite, the Partita No. 2 in B minor for unaccompanied violin, BWV 1002, performed by Nayeon Kim.

The event is free and open to the public; no tickets are required. For more information, call the Yale School of Music concert office at 203 432-4158 or visit music.yale.edu.

About the Yale Baroque Ensemble

The Yale Baroque Ensemble, directed by Robert Mealy, is a postgraduate ensemble dedicated to the highest level of study and performance of the Baroque repertoire. String players in the Ensemble go through an intensive one-year program of study, immersing themselves in the chamber and solo repertoire from 1600 to 1785. The program is designed for modern players to develop virtuosity and fluency in various historical styles, and to allow the participants to find their own eloquent voice on baroque instruments. Through coachings and individual lessons, the participants learn to read early notation, develop a familiarity with primary source material and treatises, and become fluent with improvisation in various styles.