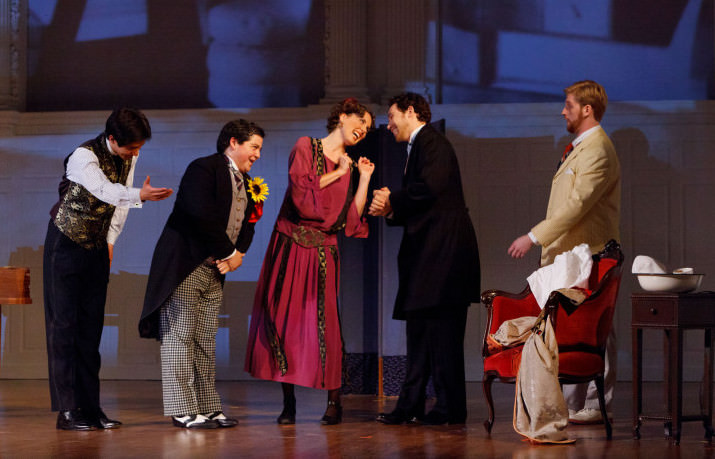 Yale Opera will present two performances of opera scenes on Saturday, November 2 at 7:30 pm and Sunday, November 3 at 2 pm. Each performance features a different selection of scenes from popular operas by composers as diverse as Bizet, Tchaikovsky, Puccini, and more. The opera scenes will be performed in Morse Recital Hall, located in Sprague Hall at 470 College Street (corner of Wall Street), New Haven.

All scenes will be performed in the original language with projected English translations.

Tickets to the Fall Opera Scenes go for a song:  $10–15, $5 with student ID. For more information or to purchase tickets, click the link below or call the Yale School of Music concert office at 203 432-4158.