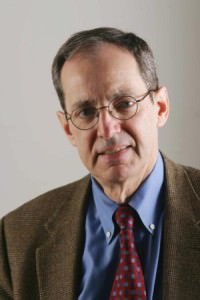 The University of Cincinnati College-Conservatory of Music (CCM) celebrates the 200th anniversary of composer Richard Wagner's birth (May 22, 1813) with an unprecedented series of events this month. Beginning on Friday, Oct. 11, and running through Thursday, Oct. 24, CCM explores Wagner's iconic work and enduring legacy with a series of guest lectures, film screenings and a concert performance by the CCM Philharmonia. Aside from the Oct. 12 Philharmonia performance, these events are free and open to the general public.

Other highlights include the CCM Philharmonia's Oct. 12 concert, "Wagner - Redemption Through Love," which features selections from Wagner's operas to be performed with the cinematic images from Tony Palmer's biographical film about Wagner, starring Richard Burton. CCM will also welcome accomplished film director Tony Palmer to campus for a discussion on his films on Thursday, Oct. 24.

To celebrate this towering figure of German Romanticism and the indelible impression he made on the cinematic arts, CCM will also present a series of free film screenings exploring Wagner's life and legacy.

Please see individual listings below for additional information on the festival's public events.

Anthony Tommasini is the chief classical music critic of the New York Times and the author of three books. Born in Brooklyn, he grew up in Long Island, graduated with a Bachelor of Arts degree from Yale University and later earned a Master of Music degree form the Yale School of Music and a Doctor of Musical Arts Degree from Boston University.

Tommasini taught music at Emerson College in Boston and gave nonfiction writing workshops at Wesleyan University and Brandeis University. His interest in the work of the composer and critic Virgil Thomson culminated with his book Virgil Thomson: Composer on the Aisle, published in 1997 by W. W. Norton & Company. Among the reviews the book received was Jack Sullivan's in the Washington Post: "...a thoroughly original biography, detached yet intimate, learned yet entertaining, one that does full justice to its feisty, iconoclastic subject." Robert Craft, in the New York Review of Books, deemed the biography "indispensable to anyone concerned with American cultural history of the period."

His last book, released in November of 2004 and published by Times Books/Henry Holt, part of the New York Times Essential Library series, is Opera: a Critic's Guide to the 100 Important Most Important Works and the Best Recordings. It beings with a primer for newcomers to opera and includes 100 original essays on the chosen works.

As a pianist, he recorded two Northeastern Records compact discs of Thomson's music, one titled Portraits and Self-Portraits and the other Mostly About Love: Songs and Vocal Works. Both were funded through grants Tommasini was awarded by the National Endowment for the Arts.

Prior to joining the New York Times, he covered music and theater for the Boston Globe. Over the years as a journalist, he has also written about dance, jazz, rap, books and AIDS.