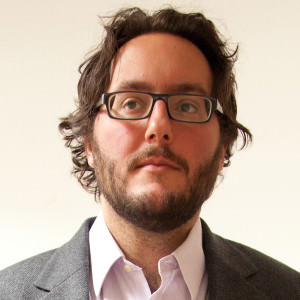 Activities at the weeklong, immersive Lab include individualized story sessions, conversations about key artistic, design and technology issues, and case study presentations from experts in diverse related disciplines. The Lab draws talent and expertise from all of Sundance Institute's creative programs, including Feature Film, Documentary Film, and the Sundance Film Festival.

Among the projects selected was an untitled opera about Robert Moses and Jane Jacob, by Joshua Frankel and Judd Greenstein '04MM. In the opera, according to the project description, "The most powerful and visionary builder in New York City history is confronted by a groundbreaking urban theorist leading a revolt against his plan to demolish her neighborhood, igniting a conflict that will shape the cities of the future and the lives of those who call them home."

Judd Greenstein is a composer. Recent commissions include the Minnesota Orchestra, Lucerne Festival, Alabama Symphony, Claremont Trio, ETHEL, yMusic, and Roomful of Teeth. He is the co-director of New Amsterdam Records/New Amsterdam Presents, the curator of New York's Ecstatic Music Festival, and as a founding member of NOW Ensemble.