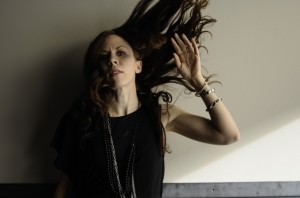 The Constella Festival got it right when they named Missy Mazzoli as this year’s composer-in-residence. At 33, she’s earned the awards, commissions and acclaim you’d expect from artists twice her age. And her two Constella concerts this year feature compositions she’s created since 2005, both for small ensembles and solo performance.

“This is definitely the biggest showcase of the widest variety of my work,” she says, speaking from the MacDowell Colony in New Hampshire, where she’s working on a chamber piece for the Los Angeles Philharmonic.

Mazzoli’s music defies boundaries. Rooted in the minimalism of Philip Glass and Meredith Monk, the textures and instrumental palette of her compositions are uniquely her own. She writes for solo instruments and small and large ensembles, but the soundscape is never conventional; it’s an intriguing weave of acoustic and electric instruments and electronic enhancement.

Growing up in suburban Philadelphia, Mazzoli says she had no exposure to Classical music until she heard a recording of Beethoven when she was 10. “I would just hole up in my room and listen to Beethoven for hours. I felt very moved and attached to Classical music and I decided to become a composer,” she says. “I’d been writing my own music since I started piano lessons and I was always making recordings because that’s how I experienced music — on cassettes or CDs. I rarely heard live music, except for the occasional Rock concert.”

“I also knew that I didn’t want to be a solo performer,” Mazzoli continues. “I had other interests: visual arts, philosophy, literature. Composing seemed to be the way to access these artistic and non-artistic fields.”

Mazzoli found the embodiment of that vision in Dutch composer Louis Andriessen, whose music she discovered while an undergraduate at Boston University. She had the opportunity to work with him following graduation, thanks to a two-year Fulbright scholarship to the Netherlands. Andriessen taught her much more about composition than finding the right notes, she says. “He taught me the difference between making a life in music and making a career in music. The ability to make that distinction has really helped me in my darkest moments.”

Mazzoli returned to the U.S. for graduate studies at Yale, where she taught composition and created many works for the Yale Orchestra. And, though she wrote off performing as a soloist, she was eager to be part of an ensemble playing her work, which led to the founding of her own performance group, Victoire, in 2008. Victoire’s members are Mazzoli on keyboards plus a violinist, clarinetist, double bassist, an additional keyboardist and one or two vocalists, all of whom are women.