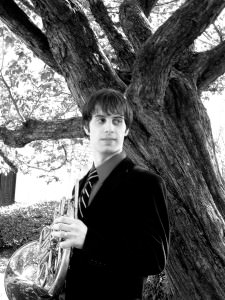 Browne received his bachelor's degree and Graduate Performance Diploma from the Peabody Conservatory of Music. He is currently pursuing a Master of Music degree in horn performance at the Yale School of Music.