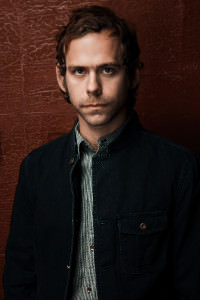 In August, San Francisco’s Kronos Quartet performed with the acclaimed indie rock band The National at the Outside Lands Festival in Golden Gate Park. Although playing rock-influenced music is nothing new to Kronos, the two groups shared a more intimate connection. The National’s guitarist, Bryce Dessner, had also written some of the material Kronos was playing on its current tour.

It was just the latest example of Dessner’s double career as an indie rocker and in-demand composer of music for classical ensembles. Along with his work with The National and the new music quartet Clogs, he’s collaborated with adventurous musicians from Steve Reich, Nico Muhly, Philip Glass, David Lang, and other members of Bang on a Can All Stars, to Bon Iver, Jonny Greenwood (of Radiohead), and many others — another demonstration of the increasingly permeable barrier between the artificial categories of pop and classical music.

He’s also worked with artists in other fields, including choreographer Benjamin Millepied and visual artist Matthew Ritchie, with whom Bryce and his twin brother Aaron (also a musician in The National) created The Long Count, a 2009 commission from the Brooklyn Academy of Music’s Next Wave Festival that featured a chamber orchestra, video, and singers.

That stood as Dessner’s biggest single project until last year’s Planetarium, a song cycle commissioned by Muziekegebouw Eindhoven, the Barbican Centre, and Sydney Opera House and performed this year at BAM and Los Angeles’ Disney Hall. Somehow, while working in two bands, curating festivals, and doing public interest work like the AIDS project and a concert to support the Obama campaign, “I was kind of incubating my own kind of concert music, writing more extended works, finding my own voice within all that,” Dessner explains. His new album of compositions with Kronos Quartet provides a powerful showcase for that aspect of his musical identity. But the road there always had two parallel lanes.

It may surprise anyone who knows the rock guitarist that Dessner grew up playing the flute, then switched to guitar in his teens, after he “caught the rock-and-roll bug from my dad’s and sister’s records.” He studied classical guitar and composition at Yale University, where his mentors included renowned teacher/composer Martin Bresnick and Bang on a Can clarinetist/composer Evan Ziporyn.

At Yale, Dessner met the other members of the quartet that became Clogs, which created large-scale works out of improvisations on classical instruments. The band scored grants that permitted them to perform in distant destinations including Britain and Australia, and has recorded five albums since 2001.