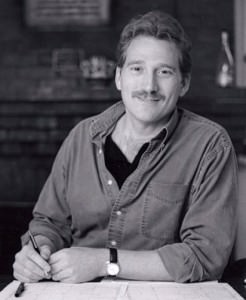 Ablaze Records selected eight composers of distinct styles for the record; the composers have won a partially subsidized recording and worldwide disc issue of their compositions performed and recorded by the Brno Philharmonic and Maestro Mikel Toms. Hulme was one of eight chosen from a submission pool of over sixty composers from eighteen countries.

The record label commented that Hulme "composed a pulse-driven but 'maximal' score in his winning work Sirens' Song. The piece "teems with color, vibrancy, shimmering orchestral edge, luminous textures, and most of all a compelling and driven pulse and architecture."

Hulme composed Sirens' Song for the University of Oklahoma Philharmonic, under the direction of Jonathan Shames. The work was inspired by Hulme's own nostos to the United States after many years of living abroad. He commented, "At many points during the composition, the direction and processes I had set in motion in orchestrating demanded and created specific musical materials. Perhaps this in some way models the wily Odysseus who shapes the cataclysmic events of his journey and controls his own destiny."

Composer Lance Hulme's music has been performed throughout the U.S., Europe and Asia, and has garnered both critical and audience acclaim. Compact disc releases of his music include Flame Dance: The Music of Lance Hulme (Albany Records 998), Kindred Spirits (Bridge Records 9260) and The Anthems for the New Century (WWCC-7414) Critics have described Hulme as a "chameleon composer" (Gilles Quental) whose musical oeuvre encompasses a "wide range" (Knowing the Score) of musical genres and styles. His compositional style "cannot be pigeon-holed into one compositional school" (Die Badische Neueste Nachrichten) but rather draws upon the diverse elements of his musical experience to "weave a rich expressive texture." (Die Rheinpfalz Zeitung) His music "reflects the ambience and musical approach of the North American musical tradition. Compositional eclecticism, a conscious, playful and uninhibited attitude with tradition and the crossover between'serious' and vernacular music. All these elements are to be found as well as the most advanced structural and aural techniques." (Die Rheinpfalz Zeitung)

From the beginning, Lance Hulme pursued an eclectic musical career encompassing many different aspects of music making. His career as a conductor began with the premiere of a piece written for his high school orchestra. Throughout undergraduate study, he played keyboards in various jazz bands including the jazz-fusion band Dreamscape. He lived in Europe for seventeen years and during that time was guest artist at the Zentrum für Kunst und Medientechnologie in Karlsruhe Germany. He co-founded and directed Ensemble Surprise, an eclectic chamber ensemble that featured "700 years of new music," of which he was the "Rector Spiritus who knows exactly what to do with such an ensemble" (Die Rheinpfalz). As a solo pianist, he has been described as "a carefully prepared virtuoso" (Die Badische Neueste Nachrichten). An offer to teach brought him back to the U.S.A. and he is presently a professor of music at North Carolina Central University.