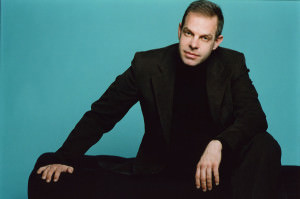 Acclaimed jazz pianist Bill Charlap will work with New Haven-area piano students in an open workshop on Saturday, December 7. Known for his rigor-meets-romance musical sensibility, Bill Charlap is regarded as one of the premier interpreters of the Great American Songbook. He is a two-time Grammy nominee.

The workshop will take place at 10:30am in Morse Recital Hall, located in Sprague Hall at 470 College Street (corner of Wall Street), New Haven. The event, which is free and open to the public, is presented by the Ellington Jazz Fellowship at Yale.

Charlap's last project, Plays George Gershwin: The American Soul, was a direct follow-up to his critically-acclaimed Grammy nominated release, Somewhere, The Songs of Leonard Bernstein. His latest release for Blue Note Records is Charlap’s first live recording date, The Bill Charlap Trio—Live at The Village Vanguard, a nine-song snapshot of the New York-born and –based pianist’s sensibility.

Of Charlap’s approach to music, Time Magazine wrote, “He wants to know its origins, its shape, its moods. He wants to view it from every angle—melody, harmony, lyrics, verse. He even wants to hear about its romantic history—what other improvisers have done with it. When he sits down to play, the result is an embrace, an act of possession…But no matter how imaginative or surprising his take on a song is, he invariably zeroes in on its essence.”

Click here for info on the concert with the Bill Charlap Trio on Friday, December 6. TICKETS