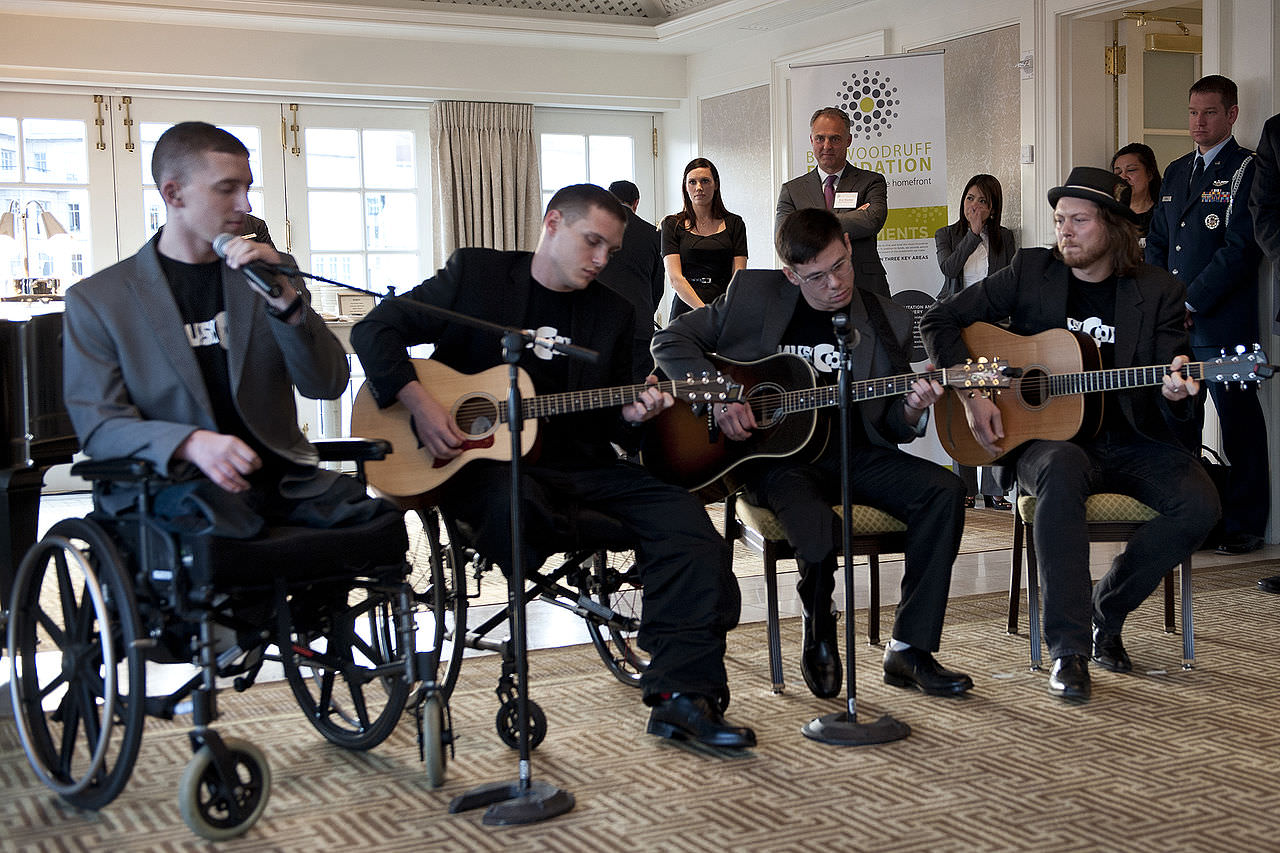 The MusiCorps Wounded Warrior Band will be the musical guest on the Colbert Report this Wednesday, December 18th, along with Aaron Neville. MusiCorps, founded and directed by Arthur Bloom '86BA, '93MM, '94MMA, is an intensive music rehabilitation program for wounded service members.

The show, which will air at 11:30pm EST, 10:30 CST on Comedy Central, is part of Colbert's Christmas Carols Week. The National, whose members include Bryce Dessner '98BA, '99MM, performed on the show Monday, December 16.

Bloom noted: "Almost everything we do is in private — one-on-one sessions at Walter Reed helping wounded warriors learn to play an instrument or relearn to play one following a devastating injury. So it is particularly gratifying when we are able to share our work with others through performances of the MusiCorps Wounded Warrior Band."

It is difficult to imagine the life of an injured service member recovering at Walter Reed National Military Medical Center. Wounded in Iraq or Afghanistan, many have had their lives blown up in every sense of the word. Musicorps is an intensive music rehabilitation program that helps them recover their lives.

Musicorps takes an innovative approach: it replicates “real world” music, with accomplished musicians making regular visits and offering everything from instrumental instruction to production assistance. For one soldier, that meant the “healing power of death metal.” For another, it meant jamming out to classic rock. For another, it meant learning and playing Beethoven Sonatas. For another, it meant producing original songs using a Musicorps recording studio installed at Walter Reed.

During unimaginably difficult circumstances, Musicorps brings activity, accomplishment and joy. Service members describe benefits ranging from help with war-related trauma such as TBI (traumatic brain to injury) and PTSD (post traumatic stress disorder) to simply being able to get on with their lives.