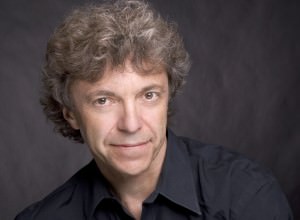 The Horowitz Piano Series at the Yale School of Music presents a recital by the French pianist Pascal Rogé on Wednesday, January 29.

A third-generation musician, Rogé is known throughout the world for his unrivalled mastery of the French repertoire. In this recital, he will perform music by Francis Poulenc and Claude Debussy.

The recital will conclude with Book One of Debussy's Préludes, a set of twelve character pieces. Click HERE for video of Rogé playing Debussy.

This concert takes place at 8 pm in Morse Recital Hall, located at 470 College St. (corner of Wall Street). The Horowitz Piano Series is directed by Boris Berman. Tickets start at $20, $10 with student ID. For more information or to purchase tickets, click the link below or call the concert office at 203 432-4158.

It is perhaps not surprising that pianist Pascal Rogé—a third-generation French musician—has mastered the modern French piano repertoire. What is surprising is the breadth of his repertoire and the young age at which he excelled.

In 1962, at the age of 11, he was admitted to the Paris Conservatoire, having previously studied with his mother. By the age of 15, he had won first prize for both piano and chamber music. At 18, he performed solo recitals in both Paris and London. But his major breakthrough was the first prize in the Jacques Thibaud International Competition in 1971. Several European engagements followed, and in 1974 he made his first tour to the United States, returning nearly every season. He has also become a favorite in Australia and Japan, where he has made over 20 tours.

Rogé’s particular strengths lie in his sensitive and personal interpretations of twentieth-century French composers; he has made recordings of complete cycles of Ravel, Poulenc, and Satie, among others. His repertoire also includes d’Indy and Saint-Saëns, as well as the great German masters — Haydn, Mozart, Brahms, and Beethoven. His recordings have received numerous awards, including the Grand Prix du Disque and an Edison award for the Ravel concertos. His first volume of Poulenc won the 1988 Gramophone award for Best Instrumental Recording, and his collaboration with Chantal Juillet and Truls Mørk won the 1997 Gramophone award for Best Chamber Music recording. In the new century, he began a new recording project for Onyx that included a complete Debussy cycle. He also began performing and touring with his wife, Ami Rogé. The pair commissioned a two-piano concerto from Matthew Hindson, which they premiered in 2011.

Pascal Rogé has taught at the Académie in Nice, but a busy international schedule has kept him from consistent teaching. More stylistic than virtuosic, his solo pianism has been recognized for its decidedly French elegance, while his collaboration with orchestras has been noted for its faultless musicianship, and made him a favorite of conductors ranging from Charles Dutoit to Lorin Maazel to Kurt Masur.