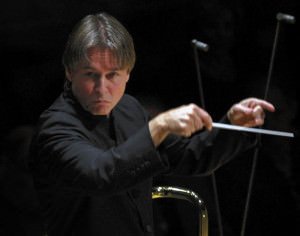 The musical lineup will be characteristically ambitious and wide-ranging throughout the Los Angeles Philharmonic's 2014-15 season, which is being announced Tuesday. And Walt Disney Concert Hall audiences will find increasing amounts of stimuli for the eyes as well as the ears.

The season will mix standard repertoire, works by contemporary masters and freshly minted pieces by emerging composers such as Bryce Dessner, best known as a guitarist for the band the National, and Christopher Cerrone, whose opera "Invisible Cities" was produced last fall at Union Station by the Industry. Altogether it will yield 10 commissions, eight world premieres and five U.S. premieres.