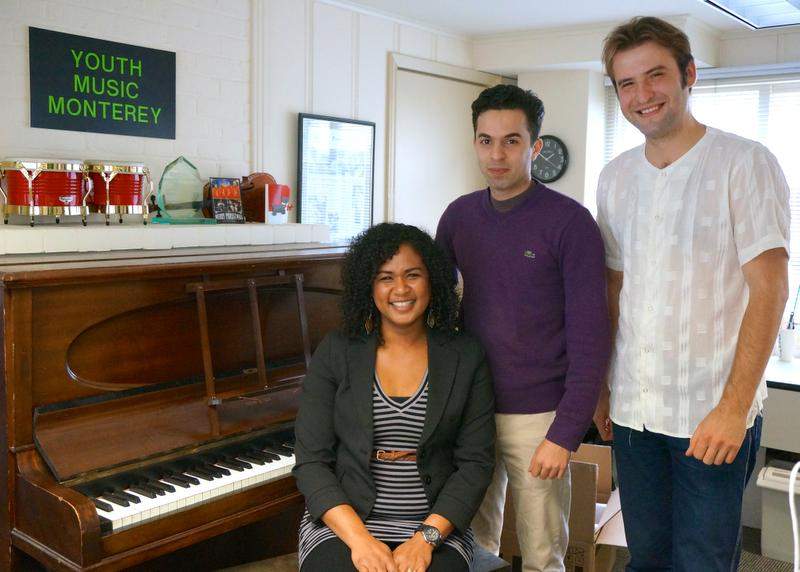 They also offer a South County Strings Program and the YMMC Chamber Players. Their goal is to build the next generation of musicians and music lovers.

One hundred students participate in the two orchestras and another 100 receive instruction through the South County Strings program. They currently work with students at schools as far south as Soledad, San Antonio and Bradley.

On Feb. 15 at 2 p.m., the Junior Youth and Honors Orchestras will put on a concert “Awakening the Grand” at Carmel’s Sunset Center[…]

At the tender age of 10, Khudyev was the youngest performer ever selected to play with the National Violin Ensemble of Turkmenistan.

An energized young man with an infectious smile, Aleksey Klyushnik was born into a family of musicians in Ukraine during the breakup of the USSR.

“I literally grew up in the orchestra pit,” he said. “I was five years old sitting next to my mom playing viola and looking at the conductor and the stage. And I remember going with my mom to the city council telling them why we need the arts. That attitude sprouted a lot of seeds in me.”

Operations assistant and cello/bass coach with YMMC, Klyushnik, 28, possesses a bachelor of music degree, the artist diploma from the Colburn Conservatory in Los Angeles, and a master of music degree from the Yale School of Music.

“I was nagging my parents to start me on cello when I was nine,” said Klyushnik. “When we moved to the states, I had to start from scratch. I had to find my own way. There was a lot of self teaching.”

Klyushnik has been a solo, chamber and orchestral musician on the double bass. In 2008, he won The Parness Concerto Competition and performed the Hoffmeister Double Bass Concerto with the Culver City Symphony.

“When I was 14, I got fascinated with the double bass,” he said. “I was literally dreaming of double basses. I was in a room with ten beautiful basses around me, then I would wake up. I started listening to Beethoven’s Symphony fantastique. I thought it was the most thrilling and fantastic piece of work that I’d ever heard.

Klyushnik and Khudyev met while both were attending Yale University.