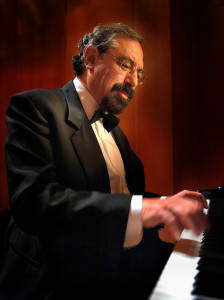 The Yale School of Music’s Faculty Artist Series presents a recital by pianist Boris Berman and violist Ettore Causa on Wednesday, March 5 at 8 pm. Berman and Causa will perform selections by Schubert, Stravinksy, and Brahms. The concert takes place in Morse Recital Hall, located in Sprague Hall at 470 College Street.

The concert will open with Schubert’s Sonatina in G minor, Op. 137, No. 3, D 408. This charmingly simple sonatina, composed when Schubert was just nineteen, exhibits a Mozartean naiveté. Next in the program will be Stravinsky’s Suite Italienne from the ballet Pulcinella. Originally transcribed for cello and piano by Piatigorsky, this viola transcription is by Mr. Causa. 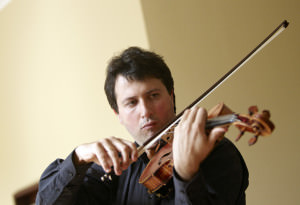 After intermission, the duo will return to Schubert with the Sonatina in D major, Op. 137, No. 1, D 384. The composition incorporates Schubert's usual lyricism with a flair for the dramatic.

The evening will conclude with Brahms’ Sonata No. 1 in G major, Op. 78, arranged for viola and piano by Erdelyi. Also called the “Rain" Sonata because it borrows motifs from the composer's "Regenlied" (Rain Song), the piece is unified by elements running through the three movements.

Boris Berman, piano, is well known to the audiences of close to fifty countries on six continents. He regularly appears with leading orchestras, on major recital series, and in important festivals. He studied at the Moscow Tchaikovsky Conservatory with the distinguished pianist Lev Oborin. An active recording artist and a Grammy nominee, Mr. Berman was the first pianist to record the complete solo works by Prokofiev (Chandos). Other acclaimed releases include all piano sonatas by Alexander Scriabin (Music and Arts) and a recital of Shostakovich piano works (Ottavo), which received the Edison Classic Award in Holland, the Dutch equivalent of the Grammy. The recording of three Prokofiev concertos with the Royal Concertgebouw Orchestra, Neeme Jarvi conducting (Chandos), was named the Compact Disc of the Month by CD Review. Other recordings include works by Mozart, Beethoven, Franck, Weber, Debussy, Stravinsky, Schnittke, Shostakovich, Joplin, and Cage. In 1984, Mr. Berman joined the faculty of the Yale School of Music, where he is professor of piano, coordinator of the Piano department, and Music Director of the Horowitz Piano Series. He also gives master classes throughout the world, and in 2005 he was given the title of honorary professor of Shanghai Conservatory of Music. In 2000, Yale University Press published Mr. Berman’s Notes from the Pianist’s Bench; since then, the book has been translated into several languages. In 2008, the same publisher released Mr. Berman’s new book Prokofiev’s Piano Sonatas: A Guide for the Listener and the Performer.

Violist Ettore Causa is praised for his exceptional artistry, passionate intelligence, and complete musicianship. He has performed at festivals such as the Menuhin (Gstaad), Salzburg, Tivoli (Copenhagen), Prussia Cove (England), Savonlinna (Finland), Launadire (Canada), and Norfolk (Conn.) Festivals. Mr. Causa is a former member of the Aria Quartet and a current member of the Poseidon Quartet, and has collaborated with such renowned musicians as the Tokyo, Artis, and Elias String Quartets, Pascal Rogé, Boris Berman, Peter Frankl, Thomas Adès, Natalie Clein, Ana Chumachenco, Ani Kavafian, Alberto and Antonio Lysy, Liviu Prunaru, Thomas Demenga, Anthony Marwood, Ulf Wallin, William Bennett, and others. Mr. Causa studied at the International Menuhin Music Academy with Alberto Lysy and Johannes Eskar, and later at the Manhattan School of Music with Michael Tree. After teach- ing for many years at the International Menuhin Music Academy, Mr. Causa joined the faculty of the Yale School of Music in 2009. His recordings include two Claves CDs:  one of the Brahms viola sonata and the other his tran- scription of Romantic pieces, which was awarded 5 Diapasons. Mr. Causa performs on a viola made for him by Frederic Chaudière in 2003.