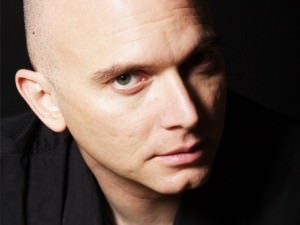 The Yale in New York concert series, under the artistic direction of David Shifrin, presents a new collaboration between the Yale School of Music and Yale School of Drama: a fully-staged original production and new translation of Igor Stravinsky's darkly comic The Soldier's Tale. Performances will take place Tuesday, April 1 at 8 pm in Morse Recital Hall on the Yale campus (details), and Sunday, April 6 at 7:30 pm in Zankel Hall at Carnegie Hall in New York City.

Stravinsky's The Soldier's Tale (L'histoire du Soldat) was written in response to the events of World War I, and premiered in 1918. Marking one hundred years since the outbreak of the war, the Schools of Music and Drama bring a fresh perspective to the work with a lively new translation by Liz Diamond, OBIE Award winning Resident Director at Yale Repertory Theatre and Chair of the Directing Department at Yale School of Drama. Diamond will also stage the production.

Tony Award winning actor Michael Cerveris, an alumnus of Yale College, joins The Soldier's Tale in the lead role of The Reader. Three School of Drama students perform the remaining three roles: Tom Pecinka as The Soldier; James Cusati-Moyer as The Devil; and Mariko Parker as The Princess.

The production's creative team includes scenic design by two-time Tony Award winner Michael Yeargan, Resident Set Designer at Yale Repertory Theatre and Co-Chair of the Design Department at Yale School of Drama. In addition, lighting design is by Solomon Weisbard, a recent graduate of the School of Drama whose work in theatre and dance has been seen in New York and around the country; costumes are by Ilona Somogyi, Costume Design Advisor at Yale Rep and a member of the School of Drama faculty; and choreography is by Emily Coates, a lecturer in dance at Yale College and former dancer with New York City Ballet, Mikhail Baryshnikov's White Oak Dance Project, and Twyla Tharp. 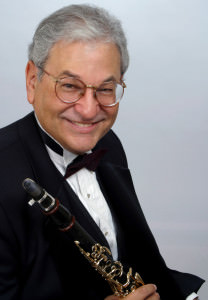 Overseeing the music direction is YSM faculty clarinetist David Shifrin. Shifrin and fellow faculty member Ani Kavafian (violin) will perform alongside five students on double bass, bassoon, cornet, trombone, and percussion. The relationship between student and faculty in small chamber groups is one of the hallmarks of the Yale School of Music.

Envisioned by composer Igor Stravinsky (1882–1971) as an inexpensive, portable production like those that played in the provincial fairs of his childhood, The Soldier's Tale tells the bittersweet story of a common soldier's thwarted homecoming at the hands of The Devil. Written in collaboration with Swiss librettist C.F. Ramuz, it has an eclectic score that ranges from modernist to jazzy, classical to folk. It was created during one of the most trying periods of Stravinsky's lifetime, as he was struggling financially and distressed by the strife occurring in his homeland. The narrative mirrors Stravinsky's own inability to return home (due to border restrictions after the Revolution) despite his successes abroad.

Stage director and translator Liz Diamond said, "David Shifrin and I envision this production as a music/dance chamber theatre piece, in which the playfully rhyming poetry of the libretto, and movement and dance (from ballet to hip hop) will collide and combine, much as the lyrical and ironic modes of the music do." 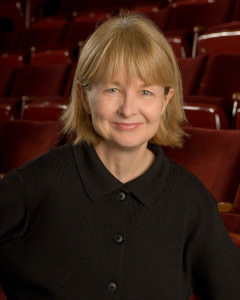 "There is no better way to get inside a work than to write its translation."
— Liz Diamond

In retranslating this "deceptively charming, bitter moral fable," Liz Diamond has stressed the importance of “words and music working absolutely together. It has been tricky and fun to make the text feel natural and conform to the rhythms of Stravinsky.” Diamond worked directly from Ramuz's original French text, finding many contextual nuances that had been overlooked in previous productions.

Stravinsky famously stated: "I have always had a horror of listening to music with my eyes shut, with nothing for them to do. The sight of the gestures and movements of the various parts of the body producing the music is fundamentally necessary if it is to be grasped in all its fullness." Diamond's production pays particular attention to the work's structure as a visual chamber piece. The musicians appear onstage alongside the actors and without a conductor, emphasizing the collaboration between musical and theatrical performance. 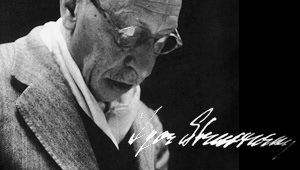 At the beginning of World War I, Stravinsky had just completed three ballets (The Firebird, Petroushka and The Rite of Spring) that sent shockwaves through the world of music and made him the world’s most famous composer. Though revolutionary, they were still large-scale spectacles that employed the gigantic orchestra that was a product of the late 19th century.

The war changed everything and forced a new economy on all the arts. Not only were romantic notions passé, but big orchestras weren’t possible. So The Soldier’s Tale—scored for just seven musicians and four actors—was much more than a simple choice of theme or instrumentation. It had an austerity that was as much forced on Stravinsky as chosen by him. And yet this economy of means is something that remained a vital part of Stravinsky's art for the rest of his life.

The Soldier's Tale tells the story of a poor soldier heading home on leave, who is accosted by the Devil in disguise and persuaded to trade his cherished fiddle for a book that predicts future financial markets with total accuracy. The Soldier becomes hugely rich, but in relinquishing his violin for this key to sure wealth, he has given up his chance to return home, instead suffering a seemingly permanent exile. Only when he lets the Devil (who cannot resist a gamble) win all his wealth at cards, does the Soldier win back his fiddle, and with it, his hope for happiness, which he soon achieves when his music cures a Princess of a dreadful illness and wins him her love. Years pass in happiness, but still the Soldier longs for his old country, his old home. And so, once more tempted by the Devil, he succumbs to the fatal temptation – to try to have it all, to be both what he “once was and has become.” As the Soldier at last crosses the border to his longed-for homeland, he loses hold of his young wife’s hand. He beckons her, but she cannot cross over and he cannot cross back. Her anguished cry rings out as the Soldier sees, with horror, that the Devil has reappeared, his fiddle in hand, to lead him away once again, from all he knows and loves.