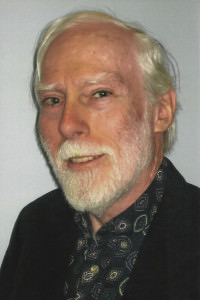 Brian Fennelly '65 MM, '68 PhD received the 2013 Union College Outstanding Engineering Alumnus Award for my career as a composer. Fennelly earned his bachelor's degree in mechanical engineering from Union College in 1958 before coming to Yale to study composition and theory.

In addition, his fifth solo CD, The Other Side of Time, was released on the Albany Records label. It contains orchestral and chamber music commissioned by the New England Conservatory Wind Ensemble, duo parnas (violin/cello), Woodstock Chamber Orchestra, and trumpeter Chris Gekker.

Brian Fennelly (b. 1937) studied at Yale with Mel Powell, Donald Martino, Allen Forte, Gunther Schuller and George Perle. From 1968 to 1997 he was professor of Music in the Faculty of Arts and Science at New York University, where he is now Professor Emeritus. In addition to a Guggenheim fellowship, his awards include three fellowships from the National Endowment for the Arts and commissions from the Koussevitzky Foundation, Fromm Foundation and Meet the Composer/Reader's Digest as well as from the Hudson Valley Philharmonic and Pro Musica Chamber Orchestra. In 1997 he received a lifetime achievement award from the American Academy of Arts and Letters.

His music has been awarded prizes in many competitions, which include the Goffredo Petrassi Competition for Orchestral Music (1993), International Trumpet Guild Competition (First Prize, 1990), the Louisville Orchestra New Music Competition (First Prize, 1986), Shreveport Symphony Competition (1981), and the Premio Citta di Trieste (1981). Over twenty of his works appear on CD, with orchestral and chamber music released on the New World, CRI, Albany, Pro Viva, First Edition, Capstone, and New Ariel labels. Orchestral releases include Fantasy Variations, In Wildness is the Preservation of the World, On Civil Disobedience, and A Sprig of Andromeda, the last three all Thoreau-inspired works. Brian Fennelly's music has been performed by several orchestras including the Rochester Philharmonic, American Composers Orchestra, and The Louisville Orchestra, as well as by chamber ensembles such as the American and Empire Brass Quintets, and the Concord and Audubon String Quartets.

His choral music has been sung by the Gregg Smith Singers and the New York Virtuoso Singers, among others. International performances include two at the Warsaw Autumn (Poland) and four at the ISCM world Music Days (Iceland, Israel, Belgium, and Canada), with recordings by The Louisville Orchestra, Polish Chamber Orchestra, Prague Radio Orchestra, Slovak Radio Symphony Orchestra, and the Polish Radio National Symphony. Fennelly's music is published by Margun Music (Boston): MMB Music, Inc. (St. Louis), Pro Nova (Munich), Ricordi (Milan), and American Composers Edition (New York). In addition to composing and teaching, he has been active as officer and board member in a number of music organizations; he also co-directs the Washington Square Contemporary Music Society, which he founded in 1976.