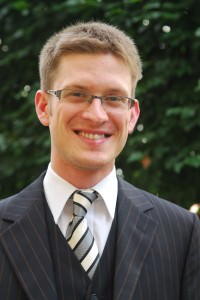 On March 5, 2014 the American Academy of Arts and Letters announces the sixteen recipients of this year's awards in music which total $175,000. Yale School of Music students Bálint Karosi '14 MMA and Daniel Schlosberg '10 BA, '13 MM, '14 MMA both received Charles Ives Scholarships of $7500. The award is given to "composition students of great promise."

The American Academy of Arts and Letters was founded in 1898 to "foster, assist, and sustain an interest in literature, music, and the fine arts." Each year, the Academy gives over 50 composers, artists, architects, and writers grants that range from $5000 to $100,000. Candidates for the music awards are nominated by the 250 members of the Academy, and then decided upon by a committee.

This year, the committee of Academy members determining the music awards was chaired by Joan Tower. The awards will be presented at an official ceremony in May. 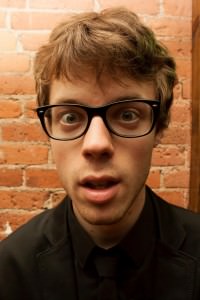 Bálint Karosi is a doctoral candidate in composition at the Yale School of Music, studying with Aaron Jay Kernis, Martin Bresnick and Christopher Theofanidis and has studied composition with Adam Roberts. He holds degrees from the Oberlin Conservatory, the Conservatoire Supérieur de Genève and the Liszt Academy in Budapest. Karosi’s works have been performed by the Yale Philharmonia, the Yale Baroque Ensemble, Canto Armonico and the Miskolc Symphony Orchestra. His compositions are published by Wayne Leupold Editions and Concordia Publishing House. Karosi is an active concert organist, specializing in the interpretation of the music of J. S. Bach and historic improvisation techniques. He has won prizes at international organ competitions including the 2008 International J. S. Bach Competition in Leipzig, Germany and the 2012 Improvisation Competition at the University of Michigan. Karosi is a Teaching Fellow at the Yale Department of Music, and has served on the faculty at Boston University and UMass Boston. He is the Minister of Music at the First Lutheran Church of Boston.