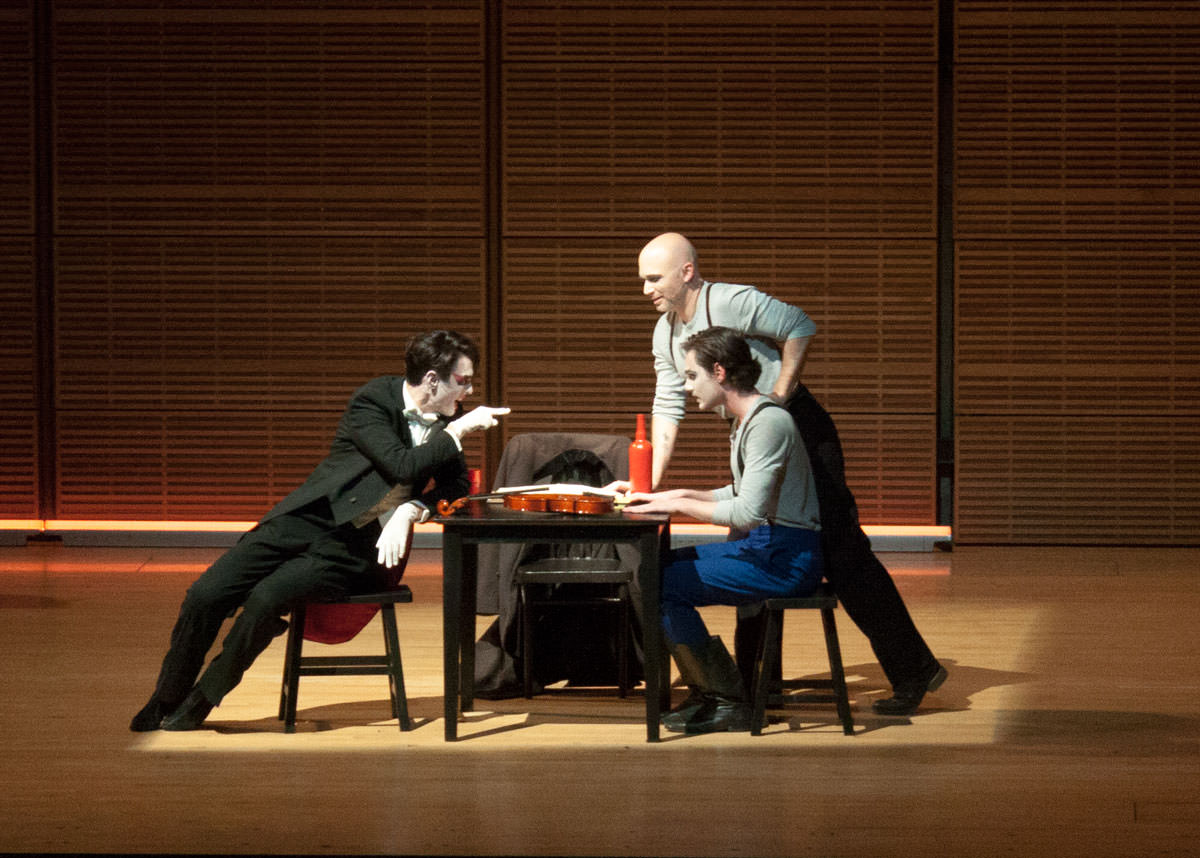 Enlisting the help of students, faculty and alumni, the Yale School of Drama and Yale School of Music have been working on one of their largest collaborations to date.

The two schools will stage a joint production of “The Soldier’s Tale,” written by Russian composer Igor Stravinsky, at the prestigious Carnegie Hall in New York City this Sunday. YSD Professor Liz Diamond said the production, which includes cast members from both schools, offers a rare opportunity for music and drama students and faculty to venture outside of their respective areas of expertise.

“The cultures, traditions, practices of music production and theatrical production have some significant differences,” Diamond said. “I hope that each school can learn about the other through this project.”

Diamond wrote a new translation of the work, originally written in French by Charles-Ferdinand Ramuz, for this production. She emphasized the broad range of artists that contributed to the project: two School of Music professors, David Shifrin and Ani Kavafian, are playing in the show, Dance Studies curriculum director Emily Coates is the production’s choreographer and Tony Award-winning actor Michael Cerveris ’83 is playing the role of the narrator. YSM professor and clarinetist David Shifrin, who is leading the show’s seven-member instrumental ensemble, said that using a new translation while staging the piece in its original style will hopefully result in an innovative production that still respects the piece’s “century-old history.”

YSD Dean James Bundy DRA ’95 said that projects such as “The Soldier’s Tale” are part of a long history of collaboration between the two schools. He explained that programs such as the Yale Institute for Music Theater were co-founded by these schools and that several collaborative productions have been performed at the Yale Repertory Theatre. Bundy said he believes that while projects like “The Soldier’s Tale” are completely extracurricular, they are “essential” to students pursuing training in the arts because such projects provide much-needed practical experience.

“Without significant performance opportunities, classroom instruction for artists in our schools would be incomplete,” Bundy said.

“The Soldier’s Tale” centers on a soldier and his attempts to escape the clutches of a “Devil” character, who takes advantage of the soldier’s inner desires. Diamond highlighted a scene when the soldier sells his treasured fiddle to the Devil in exchange for promises of material wealth. She explained that when Stravinsky wrote the work, he was facing severe economic challenges — his estates and bank accounts had been seized by the Russian government, and he needed to take care of a sick wife and four children. His friend told him to write a work that was not elaborate or expensive to produce, which he was practically forced to do because of his financial situation.

“Stravinsky was writing in a state of anguish because he had to sacrifice his artistic identity out of necessity,” Diamond said. “He had essentially sold his soul.”

Two YSD students interviewed said that working on the production introduced them to many techniques they had limited exposure to in the past. Mariko Parker DRA ’14, who plays the Princess, said that the casts of previous productions of “The Soldier’s Tale” have mostly featured professional dancers or dance students rather than actors, adding that her own dance experience is extremely limited. Diamond explained that Stravinsky’s work typically involves highly advanced choreography, adding that this particular piece contains complex changes in time signature, which are difficult to learn.