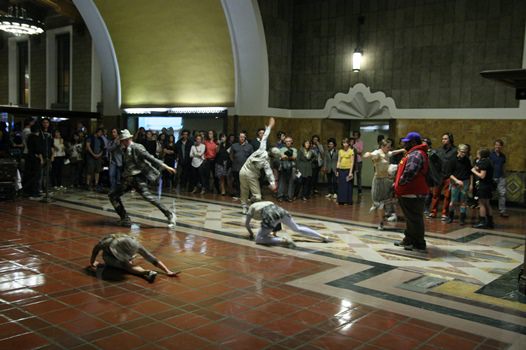 Composition graduate Christopher Cerrone '10MMA was recently named as a finalist for the 2014 Pulitzer Prize in music. John Luther Adams won the prize for his composition Become Ocean; the other finalist was John Adams, for The Gospel According to the Other Mary.

Cerrone was recognized as a finalist for his opera Invisible Cities. The citation read, "A captivating opera based on a novel by Italo Calvino in which Marco Polo regales Kublai Khan with tales of fantastical cities, adapted into an imaginary sonic landscape."

Hailed as “a rising star” by The New Yorker and singled out for his work at “the leading edge of operatic innovation,” by Wired, Cerrone is a Brooklyn-based composer of chamber music, orchestral works, fully staged operas, multimedia projects, ambient electronic works and collaborations with artists. His diverse output synthesizes modernist and minimalist influences, sound design, and evocative orchestration into a lyrical and expressive whole.

Invisible Cities, Cerrone’s first opera, is based on Italo Calvino’s classic surrealist novel, in which Marco Polo regales Kublai Khan with tales of fantastical cities. In the fall of 2013, the opera was premiered by The Industry in a wildly popular site-specific production in Los Angeles’ Union Station. The sold-out run of twenty-two performances was extended by popular demand, and was praised by The Los Angeles Times as “A delicate and beautiful opera…[which] could be, and should be, done anywhere.”