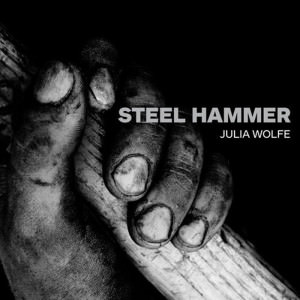 At its best, the music of Julia Wolfe is totally relentless, like a steam-powered drill boring a great hole right through the hard heart of a mountain. No wonder she seems so at home with the subject of her new album, "Steel Hammer," a musical retelling of that great American man-against-machine tall tale, the story of John Henry. According to legend, he pitted his hammer against the inhuman speed of a steam engine.

Composed for the Bang on a Can All-Stars, the amplified new-music group she helped found, "Steel Hammer" exploits the sextet's versatility to its fullest. Mark Stewart, the musical mischief-maker who usually serves as the band's guitarist, is here credited with "electric guitar, banjo, mountain dulcimer, jaw harp, harmonica, clogging [and] humming," and Wolfe asks the All-Stars to drone, twang and rock by turns, offering enough variety that the ensemble sounds like three different bands taking turns on each movement.

It fits into her strategy for setting the text. Instead of choosing just one version of the tall tale, Wolfe has chosen snippets from a huge number of them and set them all, turning their contradictory particulars into John Henry as nebulous everyman/universal hero. And yes, she does quote the famous melody, discreetly whistled(!) by clarinetist Evan Ziporyn.