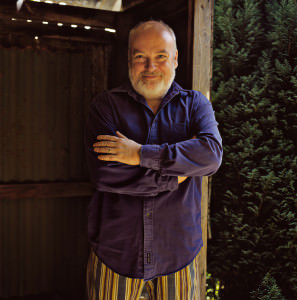 Daniel Schlosberg stepped up to the microphone, his large sunglasses glinting even in Morse Recital Hall’s dim light. He gave a quick smile and nod to the audience. Then, with unerring confidence, he stated: “The only way to truly experience reality is to distort it beyond recognition.”

So began ladies and, the first piece in an applause-worthy lineup featuring Australian composer Andrew Ford as well as several graduate student composers in the Yale School of Music. The event, held at Morse Recital Hall Thursday evening, marked an end to this year’s season of New Music New Haven, and a celebratory goodbye to three enterprising young composers (Dan Schlosberg, Benjamin Wallace and Reena Esmail) graduating from the YSM this year.

Indeed, from Schlosberg’s sunglass- and suspender-clad ensemble, parodying doo-wop tunes in the most epic of fashions – strains of Connie Francis’ Where the Boys Are became a vintage-demi-opera meets tuba Odyssey – the tone for the evening was celebration.

Celebration, for Schlosberg and the other student composers, of not only their time at Yale, but their profound love for music, and for the institution that has brought them together.