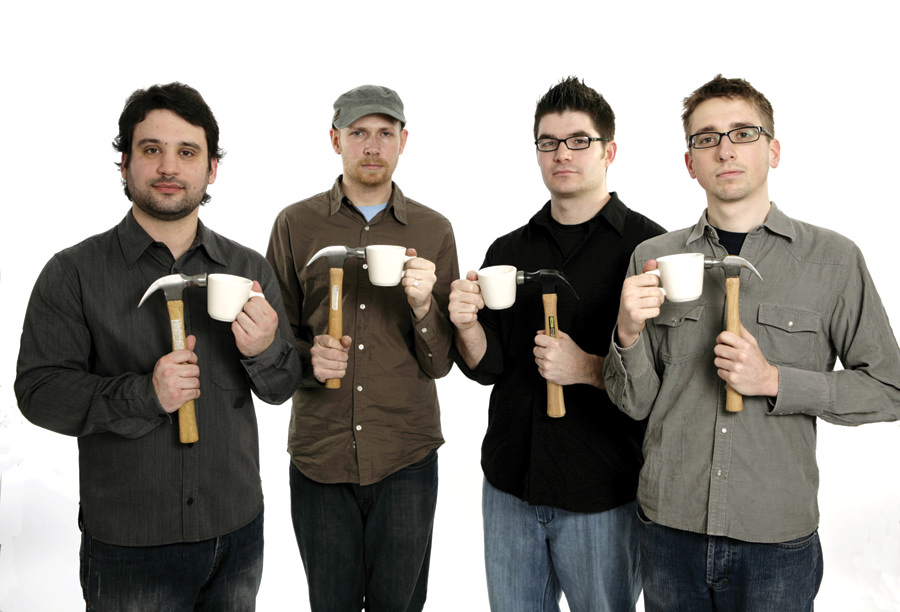 On April 15, 2014, Princeton University announced that So Percussion will be the new Edward T. Cone Performers in Residence at the university.

They will replace the Brentano String Quartet, which has held the residency since 1999. The Brentanos will become the quartet-in-residence at the Yale School of Music this fall.

Steven Mackey, chair of the music department at Princeton, said: "We have been so impressed with the myriad ways they can contribute to music making and thought at Princeton that this was an easy choice to make. So Percussion are scintillating performers and we look forward to sharing the excitement of their performances with the wider community."

So Percussion was formed in 1999 at the Yale School of Music by graduate students Eric Beach, Josh Quillen, Adam Sliwinski, and Jason Treuting, who were studying with Robert van Sice. The ensemble's initial goal was to perform pieces by 20th century composers such as Cage, Reich, and Xenakis. Their first commission by Pulitzer Prize-winning composer David Lang expanded their vision; since then, So has commissioned some of the greatest composers of our time, including Steve Reich, Steve Mackey, Paul Lansky, and Martin Bresnick.

Now, for over a decade, So Percussion has redefined the notion of a modern percussion ensemble. They were praised by the New Yorker for their "exhilarating blend of precision and anarchy, rigor and bedlam." Since their founding, they have added 13 albums, dizzying tours, and a cacophony of collaborative projects to their name.