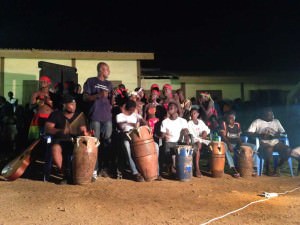 The village of Yamoransa, where the Yale Concert Band, Yale Percussion Group, and Yale Alumni Service Corps are working on community projects this week, welcomed the ensembles for an open-air concert last night. People packed the village square for the event, which for many was their first time seeing a concert band.

The May 28 event opened with music and dance performed by ensembles from Yamoransa. The Yale Concert Band then performed several selections. Local schoolchildren paraded with drawings they had made to accompany Mike Mulligan and His Steam Shovel, which they had read in school.

When the power went went out during Morten Lauridsen's O Magnum Mysterium, people took out their cell phones to light up the music for the band members. It was a magical moment. 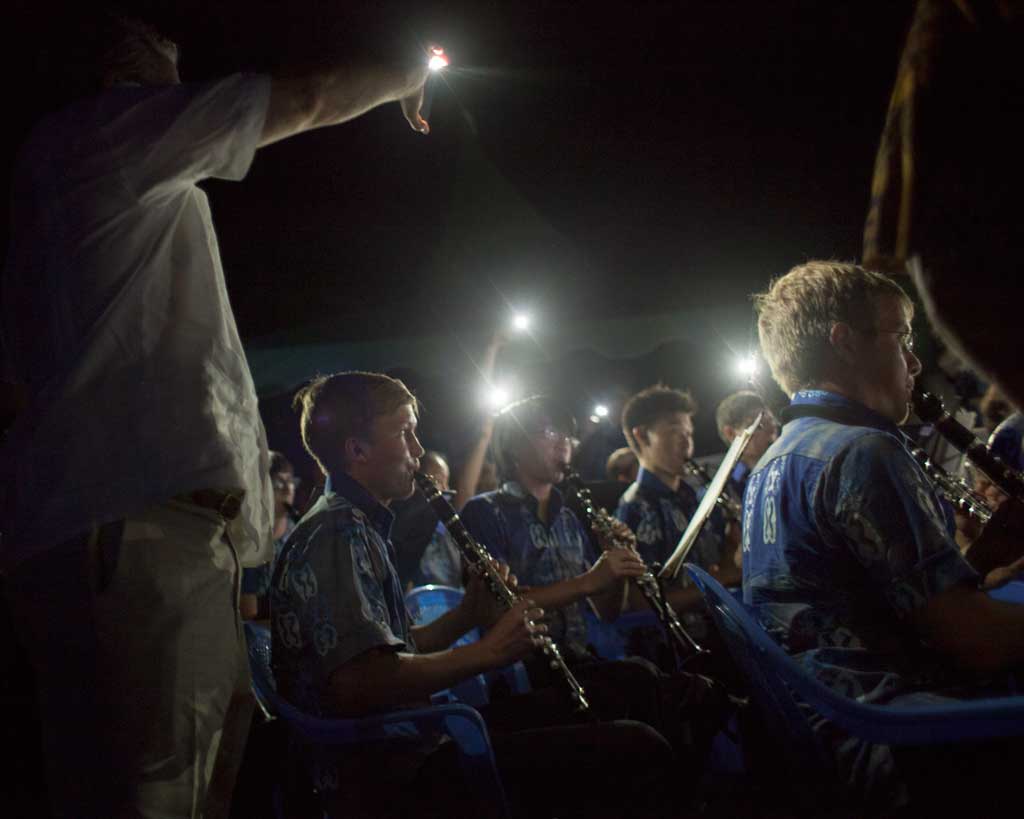 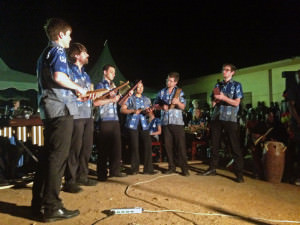 The Yale Percussion Group took the stage to perform Steve Reich's Drumming, and the trio of Doug Perry, xylophone; Samuel Suggs, double bass; and Jonny Allen, drums, played their arrangement of Lorde's "Royals." The YPG then played Music for Pieces of Wood, another Reich piece, and performers from Yamoransa offered a piece of drumming with call-and-response vocals.

When it started to rain, the concert came to a close. But it was a memorable night for all who experienced it. 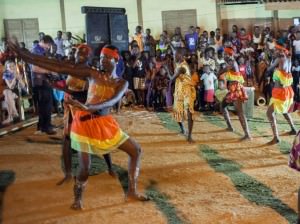 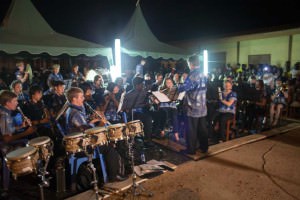 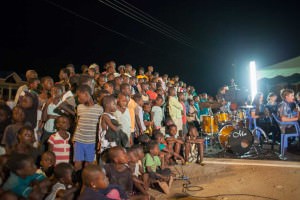