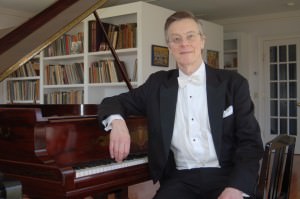 The Horowitz Piano Series at Yale will present eight concerts in the 2014–2015 season, including performances by both guest artists and Yale faculty. The season presents music from the Renaissance to the twenty-first century; many events center around the legacy of Ludwig van Beethoven.

Richard Goode will open the series on Wednesday, October 1 with a program of late Beethoven works. On October 22, Peter Serkin will play music from the Renaissance by Josquin, Dowland, Byrd, and others, as well as selections by Mozart and Schoenberg.

Boris Berman, the artistic director of the Horowitz Piano Series, performs on November 12. His program pairs two sets of Beethoven variations (including the "Eroica" Variations in E-flat major) with two twentieth-century Russian composers: Stravinsky and Prokofiev. 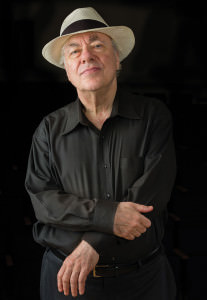 Melvin Chen, the deputy dean of the Yale School of Music, will explore music by Bach, Prokofiev, and Brahms on December 10. Peter Frankl opens the spring semester on January 14 with Beethoven and Schumann, including Schumann's Waldszenen and Beethoven's "Les Adieux."

Wei-Yi Yang will commemorate the 100th anniversary of Alexander Scriabin’s death in 2015. His program, on February 4, will feature selections from Scriabin's enigmatic and mystical Etudes and Poèmes intertwined with works of Chopin and Liszt.

Robert Blocker, the dean of the School of Music, will play Beethoven’s “Appassionata” and more on March 4. The season concludes on March 25 with Hung-Kuan Chen performing Chopin's 24 Preludes alongside sonatas by Haydn and Schubert.

Tickets go on sale July 1, 2014. Subscriptions are on sale now on sale. To purchase tickets or subscriptions, visit our website or contact the box office  at 203 432-4158.