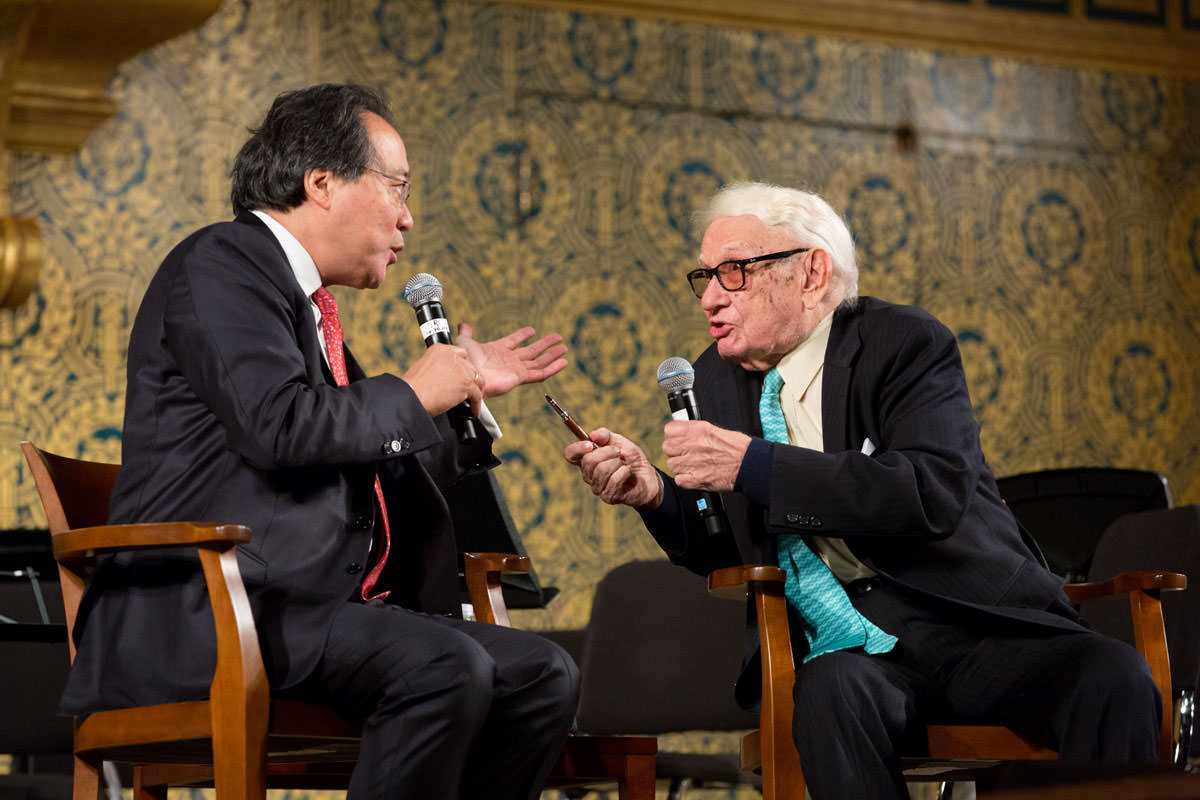 Last night, internationally acclaimed cellist Yo-Yo Ma shared the stage with Yale faculty and students for his first performance at the University since 1987.

Ma’s performance, which took place in Woolsey Hall, was a benefit concert for the Yale School of Music cello program. Ma performed six pieces that featured Yale professor of cello Ole Akahoshi and members of the Yale Philharmonia. Yale professor of conducting Toshiyuki Shimada highlighted Ma’s role as an ambassador of classical music in addition to his legacy as a musician, adding that he thinks Ma’s return for a second performance speaks to the importance of Yale in the cello world.

“Now [Ma] is more special in a way and not only in the classical music area, but also contributing to [the] ethnomusical area because he is concerned about the world of music and its accessibility,” Shimada said.

For the concert, Ma performed J.S. Bach’s Suite No. 3 in C major for solo cello, Jean-Baptiste Barrière’s Sonata in G major for two cellos with Akahoshi, and Franz Josef Haydn’s Cello Concerto in C major with the Yale Philharmonia conducted by professor of music Aldo Parisot.

Shimada said Akahoshi and Ma are a “great match both musically and personally,” and their camaraderie certainly came out in their performance of the Barriére Sonata.

Akahoshi emphasized Ma’s ability to inspire his colleagues to improve musically through his compassionate and humble personality, noting that he thinks this ability is what every musician hopes to master. Akahoshi explained that while he has performed with Ma, as well as with many internationally acclaimed orchestras, he described each performance as an opportunity for discovery.

“The exciting thing for me is to play with different people,” Akahoshi said. “Each time it is a completely new event and I feel like starting from scratch, creating something completely new.”

The concert was attended by over 2,000 audience members. Max Vinetz ’18 said he thought Ma “did an amazing job of filling the hall with one instrument, and creating a body of sound during the Bach Cello Suite.”

During the intermission, Ma was presented with the Sanford Medal by the Yale School of Music in recognition of his contributions to making music more accessible around the world. The presentation was followed by a discussion between Ma and Parisot in which Parisot discussed the path he has taken in his music career, which has spanned over 70 years. Ma praised Parisot for his dedication to performance and teaching at Yale. At 93, Parisot is currently the longest-serving professor in the University, where he began teaching in 1946.

“When you ask any cellist on the street and mention Aldo Parisot’s name, everybody knows about him,” Shimada said.

Ma has recorded over 90 albums and won 17 Grammy Awards performing as a soloist with orchestras and chamber music ensembles.