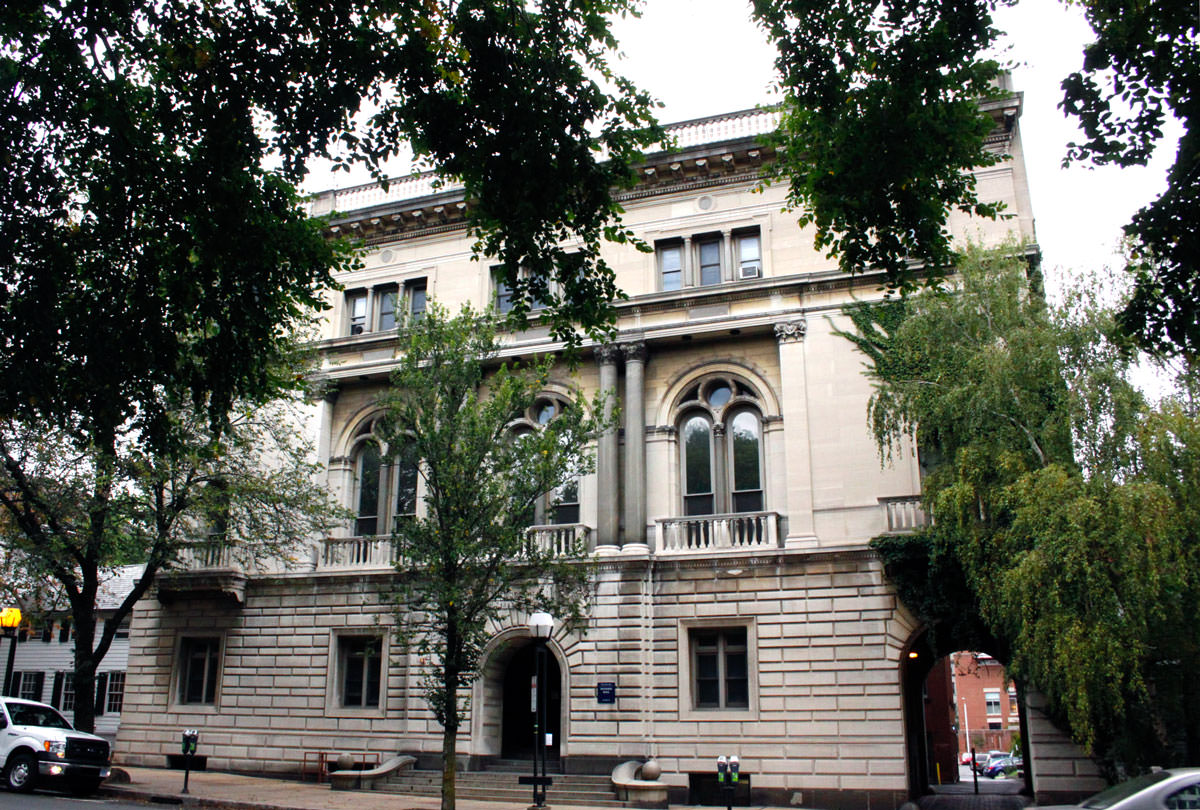 After nearly 20 years of planning and false starts, a $57.1 million complex for the Yale School of Music is poised to become reality.

In late February, plans for the Adams Center for Musical Arts — which includes the renovation of Hendrie Hall and the construction of an adjoining 34,000 square-foot structure — will be presented before the Yale Corporation for final approval before beginning construction later this month. The project, which was postponed in 2008 with the onset of the global financial crisis, resumed in August when faculty, students and staff were relocated in anticipation of the Hendrie Hall renovation, slated for completion in August 2016. Though students and faculty interviewed said they are eager to see work begin on the long-delayed facility, some expressed criticism of the transition process and conditions of the temporary relocation.

“I am thrilled and overjoyed that the Hendrie Hall renovation, which will become the new Adams Center for Musical Arts, is quickly becoming a reality,” School of Music Dean Robert Blocker said. “This facility, which stands at the center of Yale’s campus, will reflect — as only music can — Yale’s commitment to creativity, to scholarship, to teaching and to research.”

Though the cost of the renovation and construction was previously reported to be $45 million, Associate Dean of the Yale School of Music Michael Yaffe said the Corporation will be asked to approve a total budget of $57.1 million.

Blocker said the Hendrie Hall project was first conceived as part of a “long range” music facility plan, which was authored and assembled in 1996. He added the components of the new center include the comprehensive renovation of Hendrie Hall and the construction of a new atrium space, which will connect the buildings to Leigh Hall on College Street.

The new complex will be named after Stephen Adams ’59, who donated $100 million to the Yale School of Music in 2005. In 2013, Adams pledged an additional $10 million towards the project.

John Bollier, Yale’s associate vice president of the Office of Facilities, said his department received authorization to resume and complete bid documents for the renovation in the summer. He added the design of the project is largely the same as when the project was put on hold in 2008.

“Only a few programmatic changes were made — a few small practice rooms in the basement of the addition and a second elevator were eliminated,” Bollier said in an email to the News. “However, various construction details have been revised to allow a more cost-effective construction process.”

Deputy Dean of the School of Music Melvin Chen ’91 said some of the highlights of the new project include major updates to the current facilities, including the creation of more practice rooms, updated climate control and air-conditioning, and the addition technological features such as recording and streaming capabilities in rehearsal rooms.

“The longer we wait the more expensive it becomes,” Chen said. “I think both the school and the University feel comfortable with the level of funding we have for it, so it is a good time to start.”

Yaffe said that during the past six months — in which Hendrie Hall has stood unoccupied — the construction drawings and pricing were completed. He added that Parking Lot 51, which sits adjacent to the hall, is being reconfigured as the staging area for construction, and fencing for it will be installed this week.

Since the building was closed for renovation, former occupants of Hendrie Hall — including the Yale Opera, the Yale Philharmonia library, the Yale Glee Club and the Yale Symphony Orchestra — have been relocated across the University in spaces ranging from the Sterling Divinity Quadrangle to 320 Temple St.