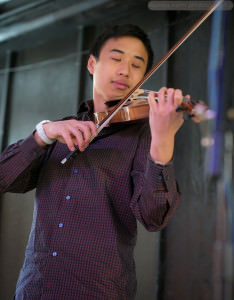 Corin Lee '13 MM is the new violinist in the string quartet ETHEL.“I’m so blessed to be joining ETHEL. This is a natural fit for me,” said Lee in an announcement from the quartet. “I am grateful for this opportunity.”

Corin "Cory" Lee is an acoustic, electric, and baroque violinist who incorporates technology into traditional music to push the limits of how music can be performed. He has performed his “musically marvelous” (Steve Reich) electronic arrangements in prestigious venues through the United States including Carnegie Hall’s Stern Auditorium.

Mr. Lee received his Master of Music degree from the Yale School of Music, where he studied with Ani Kavafian, and his Bachelor of Music degree from The Juilliard School, where he studied with Hyo Kang and Naoko Tanaka. Other teachers include baroque specialist Robert Mealy, Cathryn Lee, Wei-He, and Dame Camilla Wicks. He was a member of the Yale Baroque Ensemble for the 2013–2014 academic year.

Outside of performing, Mr. Lee runs Liberated Performer, a program that helps musicians with performance anxiety. 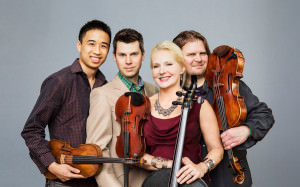 Acclaimed as “unfailingly vital” (The New York Times), “brilliant,” “downtown’s reigning string quartet” (The New Yorker), and “one of the most exciting quartets around” (Strad Magazine), ETHEL invigorates the contemporary music scene with exuberance, intensity, imaginative programming, and exceptional artistry.