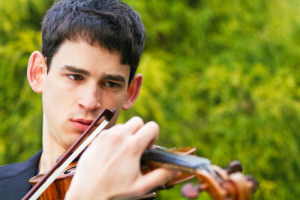 The Yale School of Music presents a concert featuring guest conductor Peter Oundjian and the Philharmonia Orchestra of Yale on Friday, April 10. Award-winning violinist Benjamin Hoffman is also featured on the program, which includes music of Wagner, Korngold, and Brahms. TICKETS

The concert opens with Wagner's Overture to Tannhäuser. The opera’s overture is its most famous section: the shimmering, dramatic chords give way to a series of thrilling and expansive themes that, like many of Wagner's overtures, can easily stand alone.

Second on the program is the Violin Concerto in D major by Hollywood film composer Erich Korngold, featuring violin soloist Benjamin Hoffman, a winner of the Woolsey Concerto Competition. The Moravian-born Korngold once vowed never to write music outside of film until Hitler was defeated; after the end of WWII in 1945, the violin concerto was the first concert piece he wrote. 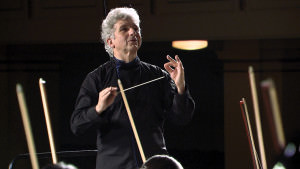 The latter half of the concert will feature Johannes Brahms' masterful Symphony No. 2 in D major, Op. 77. A friend of Brahms called it "all rippling streams, blue sky, sunshine, and cool green shadows.”

The concert takes place at 7:30 pm in Woolsey Hall  (470 College Street, New Haven). Tickets start at $10, $5 for students; there is a $3 surcharge for tickets purchased at the door. BUY TICKETS

This concert will also stream live on the School of Music's website.
WATCH LIVE