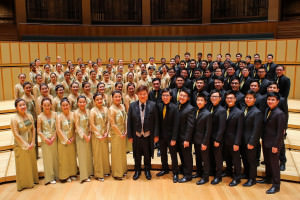 Choirs from Singapore, Sweden, Cuba, and Jerusalem will converge in New Haven next week for the Yale International Choral Festival, a collaborative project with the International Festival of Arts and Ideas.

Jeffrey Douma is a professor of conducting at the Yale School of Music and the director of the Yale Glee Club. He said the festival is first about celebrating great music and great singing.

Jeffrey Douma: We also wanted to explore this idea that choral music can build connections between people.

WNPR'S Diane Orson: How did you select the ensembles that will be participating this year?

Well, of course, we wanted to represent a wide variety of geographical locations, so that was part of it. But each group has a different connection.

For example, the choir from Cuba -- a phenomenal professional choir called Coro Entrevoces -- is a group that the Glee Club collaborated with just last year when we traveled to Cuba in March of 2014.

There’s a choir from Sweden called Voces Nordicae, a very innovative ensemble. They try to really explode the idea of a choir as something that just sort of stands still wearing black bow ties, holding black folders and singing pretty, although they do sing very, very beautifully. They’re really kind of a combination of a chorus and a theater group. All of their presentations involve a lots of movement.

There’s a choral conducting class at the festival that’s described as “aiming to prepare conductors to be musical agents of change.” Can you explain a little about that? 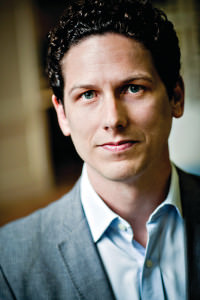 That’s right. Typically a choral conducting master class would involve things like working on your gesture in front of a group, working on your rehearsal technique, thinking about repertoire and style. And all of those things will be addressed in this course next week.

But the primary goal is to try to think about a new model of choral leadership in the 21st century, which is why it’s called “Conducting 21C,” and in particular to look at the intersection between choral singing and social justice.

So in addition to all of those things that you might expect, these conductors and some members of the Yale Alumni Chorus will go out into the community to mental health centers, hospice centers -- to a men’s prison, for example -- and try to engage with the people there through singing.

They’re also going be exploring creative modes of performing, kind of like the sort of thing I was describing with Voces Nordicae, ways of re-imagining choral performance that go beyond the kind of expected norms of a choir just standing on risers and singing.