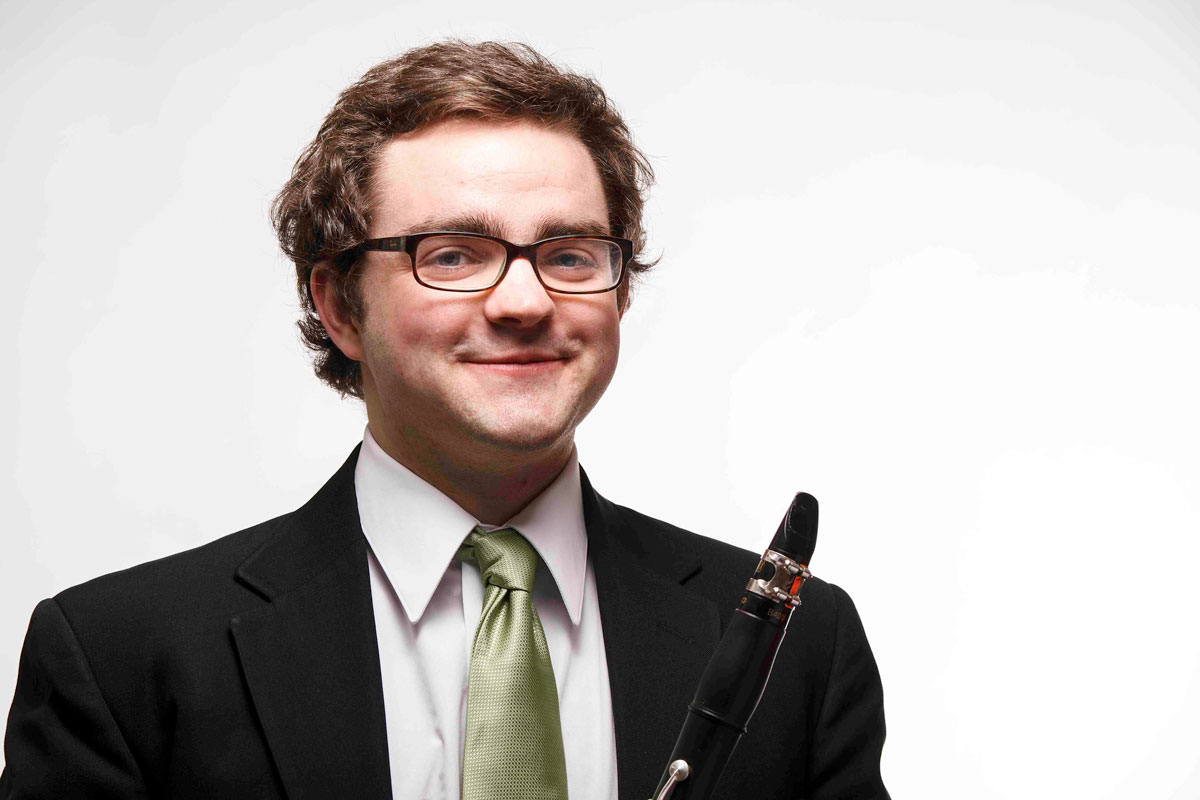 Clarinetist Bixby Kennedy '16 MM took second prize in the Ima Hogg Competition, winning a silver medal, a cash prize, and the opportunity to perform with the Houston Symphony. Kennedy will perform the Mozart Clarinet Concerto with the orchestra on Saturday June, 27 at the Miller Outdoor Theatre.

About Bixby Kennedy
Originally from Maryville, Tennessee, Bixby Kennedy is currently completing his Master of Music degree at Yale University under the tutelage of David Shifrin. A graduate of Indiana University’s Jacobs School of Music, Kennedy studied with Howard Klug, Eric Hoeprich, Eli Eban, and the late Alfred Prinz. He holds degrees in modern and historical clarinet performance, as well as a performer’s certificate, which was awarded to him for his junior recital.

His solo performances and chamber music initiatives have been recognized with the receipt of the Namita Pal Commemorative Award in 2014 and the Hutton Honors College Creative Activity Grant in 2013. As the silver medalist in the Houston Symphony’s Ima Hogg competition in 2015, he performed the Mozart Clarinet Concerto twice with the Houston Symphony. These performances were broadcast over Houston Public Media, Classical 91.7. Also in 2015, Bixby was named the recipient of the Boston Woodwind Society’s Harold Wright Merit Award.