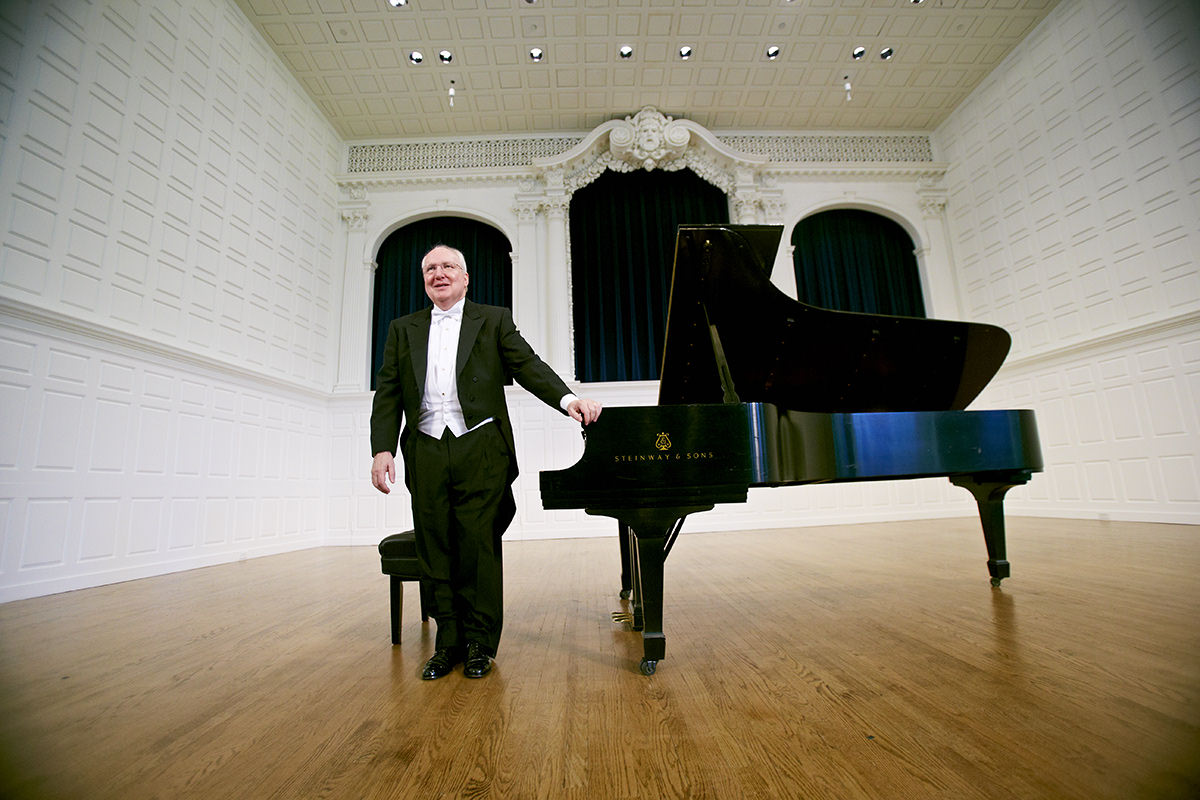 University President Peter Salovey announced recently that Robert Blocker will be reappointed to a fifth term as the Henry and Lucy Moses Dean of Music. The new five-year term will be effective July 1, 2016.

In a message to the University community, Salovey wrote: "This renewal is a reflection of Dean Blocker’s record as a transformative leader who has advanced the school—and the university more broadly—in significant ways. As dean, he has galvanized philanthropic support for music at Yale including the landmark gift that made the school tuition free; set new standards of educational excellence by recruiting world-class members of the faculty; and led our efforts to renovate and develop the school’s facilities—projects that will have impact on generations of musicians to come."

Salovey also wrote that "In conversations with faculty members and others… [many] spoke of the value of the dean’s continued involvement as a performing artist himself, noting that he serves as an inspiration and model for students and faculty alike."

Blocker first took the position of Dean in 1996. In 1997, he established the School of Music's Board of Advisors (then known as the Board of Visitors). Two of its members, Denise and Stephen ('59 B.A.) Adams, pledged a transformational gift of $100 million in 2005 that enabled the School of Music to become tuition-free and to expand its academic and artistic programming. With this gift, Dean Blocker has increased the School’s endowment tenfold over the past twenty years.

The Yale School of Music adopted its first strategic plan, “Beyond Boundaries,” in 2009. In recent years, the School has made revisions to its degree programs, adjusting the curriculum to address the role of classically trained musicians in a digital age.

During Dean Blocker's tenure, the University's music facilities have undergone significant renovations. The Gilmore Music Library opened its doors in 1998, giving the music library a home inside Sterling Memorial Library. Sprague Hall reopened in 2003 after two years of extensive renovations, featuring a refurbished and technologically state-of-the-art Morse Recital Hall. The building at 435 College Street was renovated and officially reopened as Abby and Mitch Leigh Hall in 2005.

The final stage of this program of work is the new Adams Center for Musical Arts, which will open its doors in 2016. The center, which include a complete renovation of Hendrie Hall, will connect the School and unite the University's music campus.

"He has been instrumental in advancing an understanding of the role of the arts in building a better society, and his advocacy in engaging the community—and in leading students and faculty to do the same—distinguishes the school from other conservatories and schools of music," said President Salovey in his message. "Dean Blocker has been an exemplary leader for the school, a valued colleague among his fellow deans, and a visionary university citizen. I am very grateful for his past service and his willingness to stay on in this important role, and we all look forward to his continued contributions."