I Care If You Listen | Danny Clay 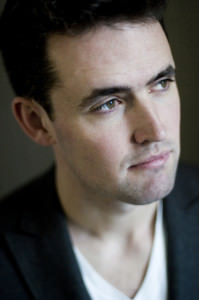 At some point, whether it be for reasons personal, professional, or purely psychological, most composers feel obliged to write a string quartet. Impressive is the composer who manages to unearth their own voice in such a largely excavated medium. Even more impressive is the composer who has the tenacity to develop that voice over the course of multiple works. New York-based composer Matthew Barnson has done just this, and his new album Sibyl Tones on Tzadik allows us to retrace his inventive excursions into a genre that is notoriously difficult to reinvent.

The album is structured as a kind of three-course meal, with a main dish that absolutely dwarfs its counterparts. Despite the well-balanced arc of the album, which bookends JACK Quartet‘s recording of the 48-minute String Quartet No. 3 with the Arditti Quartet performing String Quartet No. 2 and Sibyl Tones (String Quartet No. 1) on either side, it is even more fascinating to hear the way Barnson’s sound and style unfurls in the order that he composed them. Hearing these works chronologically reveals not so much a change in language, or even character, but an incredible broadening– and, by nature of the music, deepening– of scope, scale, and structure.

Although it is the final piece on the album, Barnson’s Sibyl Tones (String Quartet No. 1) feels as much like a starting point as it does an arrival. The music is obscured and muted, off-color and tinny, like a scene captured on an archival photograph. It feels like an echo, and rightfully so– the work is loosely based upon a centuries-old work by Orlando di Lasso. Despite this culling of material, there is a sense that Barnson’s source has not been modified so much as it has smudged, written-over, and nearly-buried in swathes of original gestures. At just 5 minutes long, the work covers an incredible amount of timbral ground, presenting ample musical ideas with the potential to be explored further.

In his mid-thirties, Barnson seems to be part of the wave of young composers being championed by ensembles of both newer and more seasoned ranks. To that end, there’s an unshakeable feeling that the music firmly straddles the threshold of invention and tradition. Barnson’s soundprint is attractive in its ability to be playful and austere within the same frame, and I greatly look forward to hearing how his work with this medium expands into the future.