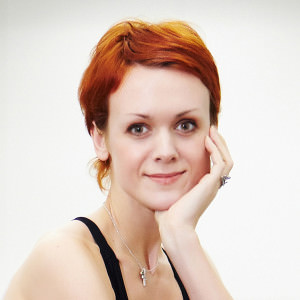 Uliana Lopatkina, the highly celebrated prima ballerina at the Kirov Ballet/Mariinsky Theatre in St. Petersburg, Russia, will visit the Yale School of Music for a residency Oct. 13–15. There will be three events highlighting Lopatkina’s distinguished career, and all are free and open to the public.

All events will also stream live on the School of Music’s website and will take place in Morse Recital Hall, located in Sprague Hall, 470 College St.

The residency will begin at 4 p.m. on Tuesday, Oct. 13 with a lecture-demonstration. Lopatkina will discuss and demonstrate topics and technical issues that surround a ballet dancer’s career. This event will also include a question-and-answer session.

On Thursday, Oct. 15, at 12:30 p.m. Lopatkina will participate in a conversation with Emily Coates, director of the Dance Studies curriculum at Yale, and Christopher Theofanidis, a member of the Yale School of Music composition faculty. 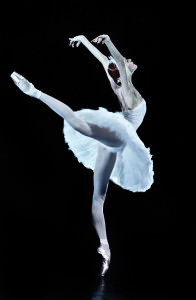 The culmination of the residency will be a performance at 7:30 p.m. on Wednesday, Oct. 14. The event, titled “Three Legends of Russian Ballet,” is a tribute to three of Russia’s greatest ballet stars: Anna Pavlova (1881–1931), Galina Ulanova (1910–1998), and Maya Plisetskaya (1925–2015). Lopatkina, partnering with Andrey Ermakov, will perform highlights from the repertoire of each of the three legendary stars. The evening will also offer video footage from the lives and careers of Pavlova, Ulanova, and Plietskaya.

The program will include the Russian Dance from “Swan Lake” (music by Tchaikovsky, choreography by Petipa), the Seventh Waltz from “Chopiniana” (Chopin/Fokine), “Melody” (Gluck/Messerer), and “Death of the Rose” (Mahler/Petit). The finale of the evening will be a performance of the “Dying Swan” (Saint-Saëns/Fokine), a signature solo created for Pavlova and danced by each ballerina during her career.

While the performance is free, tickets are required. Tickets will be available in person only at the Yale School of Music box office beginning at 5:30 p.m. on the day of the performance. Tickets are available on a first-come, first-served basis. There is a limit of four tickets per person.

Lopatkina’s residency is made possible by the generosity of Frederick Iseman, a Yale alumnus who is also the benefactor of Yale’s Iseman Broadcasts of the Metropolitan Opera Live in HD.

“Uliana Lopatkina is one of the greatest artists performing today, with an unparalleled ability to wring emotion out of classical ballet and dance,” Iseman commented. “I wanted to bring her to New Haven to share the powerful experience of seeing her onstage. It is also my hope that this visit from one of the greatest prima ballerinas of the past century will be a catalyst for Yale to do more in the field of dance.  She is the standard of exacting perfection and grace.”

“Uliana Lopatkina’s visit offers Yale students of all disciplines an incredible opportunity,” noted Emily Coates. "To witness The Dying Swan, a role created in 1905 for Anna Pavlova, interpreted by one of today’s preeminent ballerinas is to see the living, embodied passage of history playing out before our eyes. Her residency activities and performance of the great ballets of the past are not to be missed.”

Dean Blocker said, “We are honored to be able to present this residency with prima ballerina Ulyana Lopatkina, which will both showcase her stunning artistry and offer a more intimate understanding of her technique and process. Fred Iseman, one of Yale’s devoted arts patrons, has enabled us to add these extraordinary events to the rich artistic offerings on our campus and in our community, and we welcome the opportunity to bring dance and music lovers closer together.”

Lopatkina was given the title of Honoured Artist of Russia (2000) and People’s Artist of Russia (2006). In 1997 she won the Golden Mask and Benois de la Dance, and in 1999 was awarded with the State Premium of Russia. In 2010 Uliana performed at the closing ceremony of the Vancouver Olympic Games. The same year, she performed “Swan Lake” upon a personal invitation from the Opera de Paris.