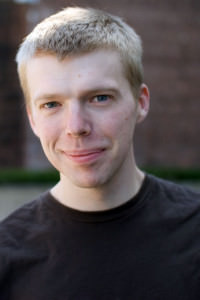 When Andrew Norman was growing up, “Star Wars” was the only film his family owned on video. “We watched it every weekend for, seriously, years on end,” he said in October, during a short hike up a steep hill near his home. Fascinated by John Williams’s classic score, Mr. Norman decided when he was young that he wanted to be a composer.

If not quite as eagerly anticipated as “The Force Awakens,” the premiere of Mr. Norman’s latest work — “Split,” a mercurial piano concerto written for Jeffrey Kahane and the New York Philharmonic, on Dec. 10 at David Geffen Hall — is still a major event in the music world. With an uncanny gift for daringly theatrical symphonic writing, Mr. Norman has found increasing support among major orchestras and praise from critics. His quasi-symphony “Play” (2013), a recording of which was released last year, is already regarded as a modern classic.

“He’s a wonderful orchestrator, and his imagination is just so exceptional,” Mr. Kahane said in a recent phone interview. “He is really someone whose music sounds like no one else and nothing else.”

Little on the surface of “Split” resembles Mr. Williams’s scores, but Mr. Norman’s symphonic works are suffused with cinematic scope. “It’s all swirling around in my head,” Mr. Norman said of his childhood fascination with “Star Wars” and video games. “But I think it has more to do with storytelling, now, than the actual musical gestures.” 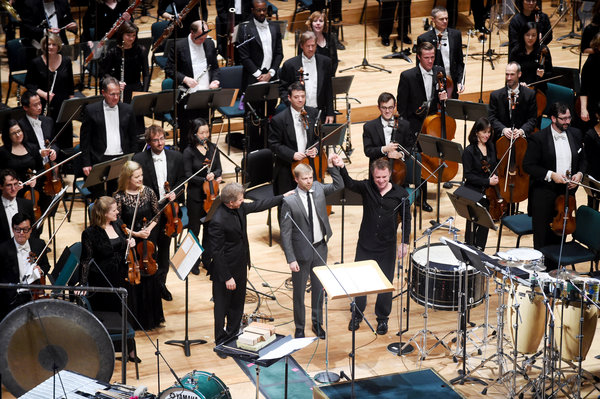 Part of the appeal of his music is a sense of sweep that harks back to the symphonies of Beethoven, whose orchestral writing represented a kind of public oratory. But rather than draw on old forms, Mr. Norman’s feverish style pulls concepts from architecture, games and digital media. “How we pause videos when we’re watching YouTube,” he said, describing his influences. “How we manipulate stuff on our computers that have to do with cutting things up and pausing them and freezing them.”

Tall and clean-cut, Mr. Norman, 36, has piercing blue eyes and a recently grown blond beard that barely conceals a still-boyish face. Raised in Modesto, Calif., he first engaged with music as a curious improviser.

“I sometimes forget that, for a lot of people, their experience of classical music is not about exploring and making things up, it’s about being perfect,” he said. The son of an evangelical minister, Mr. Norman played keyboards in worship bands in his teens and the viola in a youth orchestra. He also found early success as a composer, writing music for the Modesto Symphony that was heavily influenced by film scores and 19th-century Romanticism.

In college at the University of Southern California, though, Mr. Norman experienced a creative crisis when he first encountered the chilly strictures of the Modernist music of the 20th century. His inclination toward unabashed self-expression collided with newfound self-consciousness. In graduate school at Yale, Mr. Norman recalled, he told a professor that he would “rather quit composing, period, than be viewed as a neo-Romantic, or a reactionary, or a naïve composer.”
[…]
Drawing ideas from video games and virtual media allowed him to reconnect with the music of his youth without worrying that it signaled the embrace of an outmoded style. “I could all of the sudden feel O.K. about writing a big symphonic movement with a big climax in it,” he added. The resultant work can be frantically twitchy — a quality that some colleagues have jokingly nicknamed “Normcore” — as in the manic jump cuts of “Play.” It can also be profoundly serene, as in “Suspend,” a 2014 concerto for the pianist Emanuel Ax and the Los Angeles Philharmonic that dreamily meditates on Brahms.
[…]
As he pushes the orchestra in new directions, Mr. Norman remains attuned to its limits. Conscious of how little rehearsal time is allotted for new works, he tries to write pragmatically, but he expressed frustration at a structure that seems rigged to undermine the creation of a new repertoire. With a typical commission, he said, “there’s three years of lead time, and then I work on it for six months or a year, and then they look at their parts individually for three weeks, and then we play it two days before the premiere — for the first time! — and then we premiere it. And then they forget about it.”