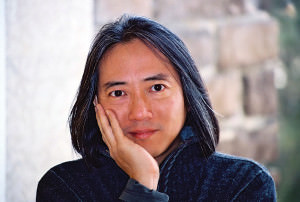 The Horowitz Piano Series at the Yale School of Music presents a recital by acclaimed pianist Hung-Kuan Chen on Wednesday, December 16 at 7:30 pm.

The recital will open with one of Haydn's early piano sonatas, the Sonata in G major, Hob. XVI: 6. This is followed by Schubert's Sonata in C minor, D. 958. One of Schubert's final works, the sonata was not published until well after the composer's death, and is now considered one of his masterpieces.

The program will conclude with the full set of Chopin's beloved 24 Preludes, Op. 28. The short pieces for piano are written as a cycle which encompass all of the 24 major and minor keys.

The Dec. 16 concert takes place in Morse Recital Hall in Sprague Hall (470 College Street, New Haven). This concert is part of the Horowitz Piano Series, which is directed by Boris Berman.

The concert will also stream live on the Yale School of Music's website.
WATCH LIVE 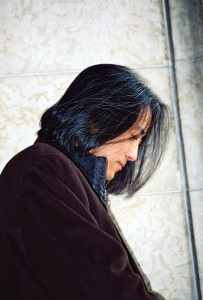 Hung-Kuan Chen is one of the great personalities of the music world: enigmatic, brilliant and versatile. He is a pianist of uncompromising individuality and a remarkably inspiring pedagogue. Born in Taipei and raised in Germany, Mr. Chen’s early studies fostered strong roots in Germanic Classicism which he tempered with the sensibility of Chinese philosophy: The result is a dynamic and imaginative artistry. Furthermore, he is regarded as an extraordinary interpreter of Beethoven’s music.

One of the most decorated pianists of his generation, Mr. Chen won the Gold Medal in the Arthur Rubinstein competition, and was awarded a prestigious Avery Fisher Career Grant in 1991. He also won top prizes in the the Busoni and the Geza Anda International Piano Competitions, along with prizes in the Queen Elisabeth, Montreal, Van Cliburn, and Chopin International Competitions, and toured under the auspices of Young Concert Artists.

Mr. Chen has served as the chair of the piano department of the Shanghai Conservatory and is the director of the International Piano Academy in Shanghai. In 2009, he was appointed to the piano faculty of the New England Conservatory in Boston. He is a visiting professor at the Yale School of Music.

In 1992 Hung-Kuan Chen suffered an injury to his hand which caused neurological damage and eventually resulted in Focal Dystonia. Through Qi Gong meditation and his own unique research he was able to heal and return to his life as a concert artist. His first post-accident solo recital in March of 1998 received rave reviews and he was described as a transformed artist.