When the classical music team of The New York Times shared its picks for the best performances of the year, several alumni of the Yale School of Music made the list.

Composers mentioned include Shaw, Dudley, Missy Mazzoli '06 MM, and Ted Hearne '08 MM, ’09 MMA. Below are excerpts from the article.

The excellent young pianist David Kaplan, who loves Schumann’s quirky, wondrous “Davidsbündlertänze,” a set of miniature dances, asked 16 composer colleagues to write a piece riffing on one of the Schumann dances or to create something new to be tucked into the suite. In a festive concert in March at Le Poisson Rouge, the Greenwich Village music club, Mr. Kaplan played Schumann’s work and the new miniatures. The result was delightful and substantive. I admired the way he and the composers claimed this great Schumann piece as their own. Why not?
— Anthony Tommasini

In the dog days of August, this youthful company drew a youthful audience of 400 to a warehouse deep in Bushwick, Brooklyn, for a performance of — lieder? I was surprised, too, as I was by the effectiveness of the production, which wove together song cycles by Berlioz and Mahler into an affecting, excellently played and sung reflection on lost love.
— Zachary Woolfe 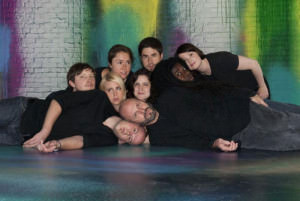 In October, I attended a memorable National Sawdust performance by Roomful of Teeth, the a cappella octet admired for its imaginative vocalizing. Many groups specialize in a particular genre or aesthetic, but these musicians have demonstrated their technical and expressive versatility in an eclectic range of styles, from Inuit throat singing to Georgian sacred polyphony.