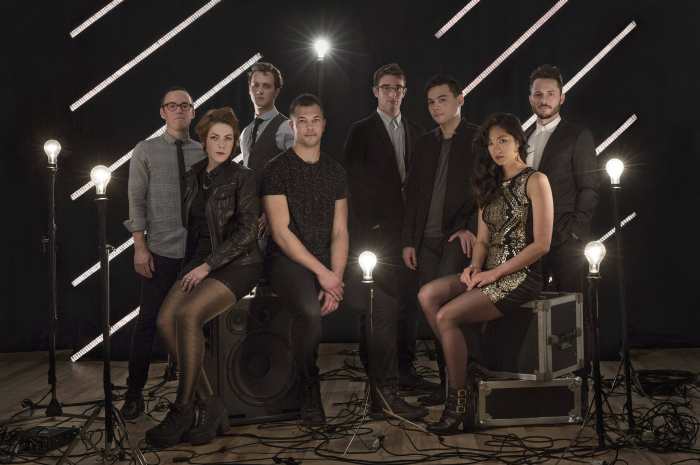 As a Capital University freshman double-majoring in music education and mathematics, trumpeter John Brandon arrived on the Bexley campus with a different upbringing from that of some of his peers.

“I met kids who used to be considered ‘nerds’; I could not relate,” said Brandon, 30, a Columbus native who, after his graduation from Capital in 2007, earned a graduate degree in classical performance on full scholarship from the Yale University School of Music.

In picking up an instrument as a fifth-grader at Alpine Elementary School on the North Side, he laid the groundwork for his current gig: a role in the rising baroque-pop band San Fermin.

The group’s current lineup, made up of eight players, crafts layered sounds bursting with quirky notation and male-female vocal interplay.

San Fermin has been dubbed “glorious and operatic” by The New Yorker and, in a recent review in The New York Times, “totally explosive.”

Set to perform Friday in the Basement, the band — named after the famed running-of-the-bulls festival cited in the 1926 Ernest Hemingway novel The Sun Also Rises — is touring on the heels of its latest album: Jackrabbit, a sophomore effort with a heavier brass element and darker lyrical subjects.

Brandon — who, after attending Yale, moved to New York to teach music — hadn’t spent any years beyond those at Northland High School in actual bands, except for periodic collegiate recital groups or one-time ensemble gigs with peers.

Then, in 2012, he was tapped by Yale classmate Ellis Ludwig-Leone to record with almost two dozen other musicians for studio sessions that resulted in an album of original music.

Brandon’s education and accidental inclusion in San Fermin have helped him juggle the demands of a full-time performance career.

And the serendipity of his role has become more evident.

“I’m definitely an anomaly compared to everyone I know in the pop- or indie-music world,” he said. “This is all they’ve wanted to do their whole life. I sort of can’t relate to being an angsty 12-year-old. I was always super-focused on studies and doing the best I could.

“It’s healthy for me to look at this as a job.”