Numerous alumni of the Yale School of Music released recordings in 2015. Here is a selection of those recordings that have been named to critics' lists of the year's best.

The classical recording industry continues to founder, and yet every day the critics for The New York Times receive more CDs than they know what to do with, from labels large and small, featuring star artists and unknowns, performing the work of composers long dead or still young. An astonishing, inspiring number of these albums are excellent, making it difficult for each writer to choose just five for this list of 25 of the year’s most memorable.

The best thing about this litany of bests? Its variety…. for me the core of the list is in vital recordings of new music, including instant classics like Ted Hearne’s “The Source” and Andrew Norman’s “Play” and works by John Luther Adams, Anna Thorvaldsdottir and others. Just as the contemporary repertory should be at the heart of live performance, so should it be central to what is immortalized on disc. 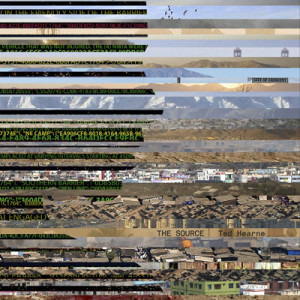 Hurling from propulsive small-ensemble chamber rock to eerie Auto-Tuned ruminations, Mr. Hearne’s oratorio about Chelsea Manning and WikiLeaks doesn’t aim to score easy political points. Instead it does what great art should: It pushes you to think and feel about the world in new ways. Even without Daniel Fish’s sober staging, “The Source” (with a brilliant collage libretto by Mark Doten) is remarkable and essential. — Zachary Woolfe, The New York Times

An oratorio of controlled disorder based on WikiLeaks materials, with a found-language libretto by novelist Mark Doten. — David Hadju, The Nation 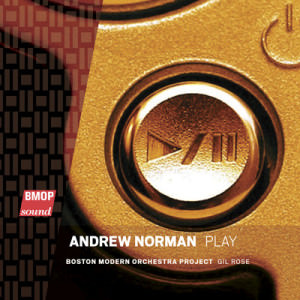 Barely anyone has heard “Play” live, but with this hyperactive issue from the Boston Modern Orchestra Project — released last December, shortly after our 2014 best-of list was published — Mr. Norman’s 2013 work has become a sensation. At its most kinetic, it sounds like a video game character bounding around an orchestra, in an unpredictable yet effortlessly structured way. — David Allen, The New York Times

If you've ever wondered how much raw power a symphony orchestra can unleash, you must hear Play, Andrew Norman's extraordinary 40-minute orchestral thrill ride, as executed by the Boston Modern Orchestra Project under the direction of Gil Rose. The piece, which seems to pivot wildly from one complicated set of sounds to another, is actually meticulously constructed. Inspired by a "wedge-shaped melodic line," Norman, 36, traces a dramatic arc through the music's three movements (or "Levels"), ultimately spinning the wedge into a giant canon throughout the orchestra. Passages can leave you breathless, like much of the frenetic opening level or later in a violent battle between slapsticks. But there are also serene landscapes to explore — a garden of chirping woodwinds and, in the final level, a ravishing oboe soaring above an increasingly roiling orchestra. Gloriously rambunctious, Norman's symphonic masterwork yields new discoveries each time you hop on for another ride. —Tom Huizenga, NPR Music 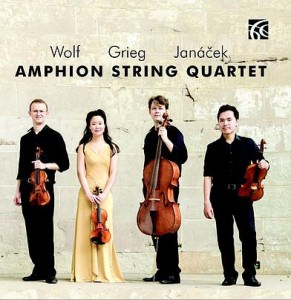 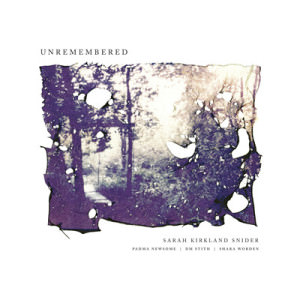 Performed by Padma Newsome '99 MM, '00 MMA; DM Stith; Shara Worden; and the Unremembered Orchestra (New Amsterdam) An austere, moving song cycle about strange goings-on in a Dickinsonian landscape, with words by Nathaniel Bellows and vocals by Shara Worden of My Brightest Diamond. — David Hadju, The Nation

Sarah Kirkland Snider’s arresting new song cycle, Unremembered, deserves to be listened to in order at least twice. But if you have to pick one track, listen to “The River.” Snider’s music moves swiftly, murmuring along, with a burbling vocal line and hand claps that catch the listener and indicate that not all is well on the banks of this river. It’s haunting, graceful melody will stay in your head long after you finish listening. — Hannah Rubashkin, New Music Box

A five-movement work for choir and the Bang on a Can All-Stars, inspired by composer Wolfe’s memories of growing up in the Pennsylvania coal-mine country. — David Hadju, The Nation

Julia Wolfe’s Anthracite Fields, which was awarded the 2015 Pulitzer Prize for Music, is one of the most ambitious in her collection of works based on the lore of Appalachia. The oratorio harkens back to the plight of the coal miners in northeastern Pennsylvania and was created after extensive research Wolfe gathered from everything from oral histories to children’s rhymes. Anthracite Fields is a haunting and moving journey into the lives of those who inhabited the region at coal’s height as well as those who remain there today. — Sam Reising, New Music Box