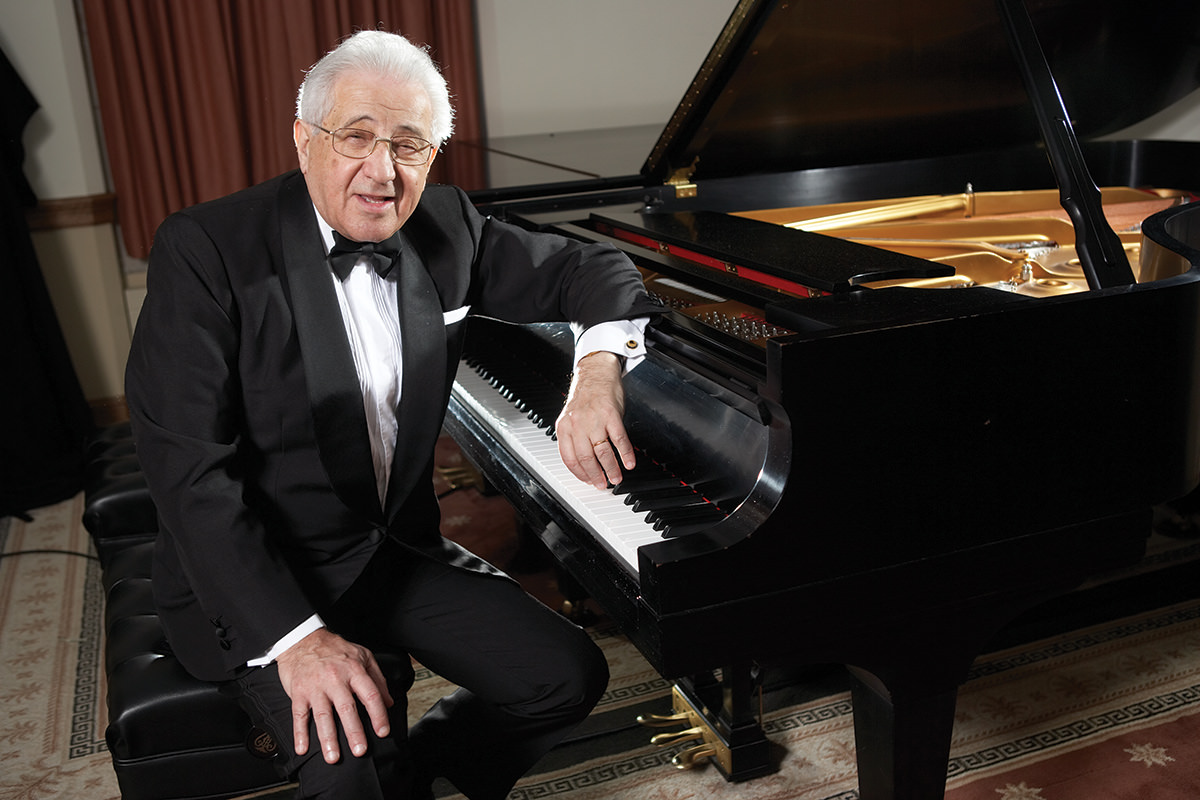 The program opens with three duets: Camille Saint-Saëns' Five Songs for oboe d'amore and piano; Robert Schumann's Three Romances for bassoon and piano; and Henri Dutilleux's Choral, Cadence et Fugato for trombone and piano. The first half concludes with two songs by Johannes Brahms for mezzo-soprano, viola, and piano. The evening will culminate in a performance of Ernő Dohnányi's Sextet in C major, Op. 37 for clarinet, horn, violin, viola, cello, and piano.

Peter Frankl has been on the faculty of the Yale School of Music since 1987. His numerous recordings include the complete works for piano by Schumann and Debussy, concertos and four-hand works by Mozart, and the two Brahms piano concertos. In recognition of his artistic achievements, Mr. Frankl was awarded the Officer's Cross by the Hungarian Republic, and on his 70th birthday he was given one of the highest civilian awards in Hungary for his lifetime artistic achievement.

The concert takes place at Morse Recital Hall in Sprague Hall (470 College Street, New Haven), and is free and open to the public; no tickets are required. The event will also stream live online.

About Peter Frankl
Pianist Peter Frankl made his London debut in 1962 and his New York debut with the Cleveland Orchestra under George Szell in 1967. Since that time he has performed with many of the world’s finest orchestras, including the Berlin Philharmonic, Concertgebouw, Israel Philharmonic, Orchestre de Paris, all the London orchestras, and the major American orchestras. He has collaborated with such eminent conductors as Abbado, Boulez, Davis, Haitink, Maazel, Masur, Muti, Salonen, and Solti, and his world tours have taken him to Japan, Korea, Australia, New Zealand, and South Africa. He has appeared over twenty times at London’s BBC Promenade Concerts and has been a regular participant at the Edinburgh, Cheltenham, Aldeburgh, Verbier, Kumho, and Casals Festivals.

In the United States, Peter Frankl has been a regular guest artist at festivals including Aspen, Chautauqua, Marlboro, Norfolk, Ravinia, Santa Fe, and Yellow Barn. For many years the Frankl-Pauk-Kirshbaum Trio traveled the world. His many chamber music partners have included Kyung Wha Chung, Peter Csaba, Ralph Kirshbaum, and the Tokyo, Takács, Guarneri, Bartók, Fine Arts, and Lindsay quartets. He has given master classes all over the world, including the Royal Academy and Royal College in London, the Liszt Academy in Budapest, Van Cliburn Institute in Texas, and in Beijing, Hong Kong, and Seoul.

In recognition of his artistic achievements, Mr. Frankl was awarded the Officer’s Cross by the Hungarian Republic and on his seventieth birthday he was given one of the highest civilian awards in Hungary for his lifetime artistic achievement in the world of music. He is an honorary professor of the Liszt Academy and has been on the Yale School of Music faculty since 1987.