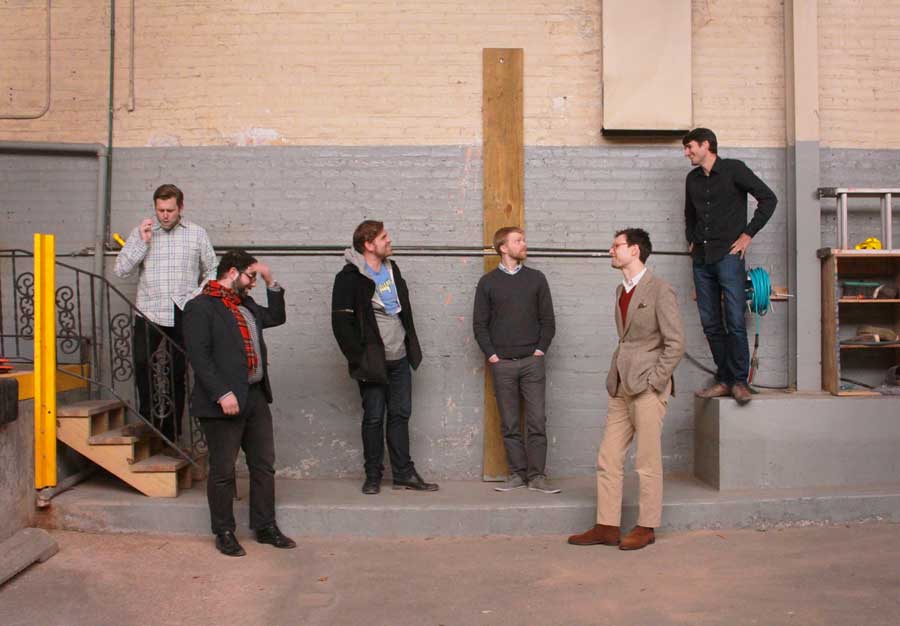 Coming into Sunday’s concert by the perennially inventive new-music ensemble Eighth Blackbird, I was a little unclear about the nature of the programming. Was “Hand Eye” — the six-part evening-length work by the composers’ collective Sleeping Giant that constitutes the entire program — a collection of individual works, or a single suite whose movements had been written individually?

The answer, it turned out, was yes.

Among the many exciting aspects of this undertaking, presented by Cal Performances in UC Berkeley’s Hertz Hall, perhaps none was more striking than the formal blurriness on display. The six pieces, each running between 10 and 15 minutes, stand alone, but they also call out to each other in various ways. Although each piece bears the name and the stylistic thumbprint of a different composer, there are obvious similarities in musical language and dramatic strategy. Thematic ideas go underground in one piece, only to resurface unexpectedly much later. And in performance, Eighth Blackbird ran the pieces together so that the end of one and the beginning of the next was never clearly marked.

That combination of unity and individuality is baked into the work’s roots. The six composers of Sleeping Giant — all in their mid-30s, all chums from their days at the Yale School of Music — worked on “Hand Eye” in a coordinated fashion, comparing notes (as it were) while each writing their own contributions. As a further spur to creativity, each composer based his piece on an artwork from a collection of the Maxine and Stuart Frankel Foundation for Art. The result was a prismatic view of the musical terrain, like a theme and variations movement observed from a great height. The only thing missing was a glimpse of the relevant artworks themselves.

The players of Eighth Blackbird, including four of the six founding members, delivered all of it with clarity and precision (there was a bit of stage direction as well, credited to Matthew Ozawa). And for those of us eager to revisit the music, “Hand Eye” has already been recorded for an April release.