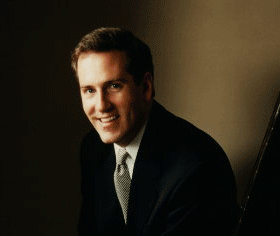 Pianist and YSM alumnus Richard Dowling '87 MM will perform the Complete Piano Works of famous ragtime composer Scott Joplin in two consecutive recitals at Carnegie Hall's Weill Recital Hall. The April 1, 2017 concerts will celebrate the composer on the 100th anniversary of his death in New York. Dowling is the first pianist in to undertake the complete works of Joplin in a public performance. Dowling will also release a multi-CD set of the cycle on Rivermont Records; the forthcoming album is set to be released in the Fall of 2016. In addition to the Carnegie recitals, Dowling plans to take his all-Joplin program on the road, embarking on a tour across the United States.

About Richard Dowling
Hailed by The New York Times as "an especially impressive fine pianist," Richard Dowling appears regularly across the United States in solo recitals, at chamber music and jazz/ragtime festivals, and as a guest soloist with orchestra. Career highlights include a sold-out New York orchestral debut at Lincoln Center's Alice Tully Hall, a solo recital at Carnegie's Weill Recital Hall, and a special award from the National Federation of Music Clubs in recognition of his outstanding performances of American Music. Dowling is also a versatile recording artist with over a dozen CDs of classical, chamber, ragtime, jazz, and popular music to his name.