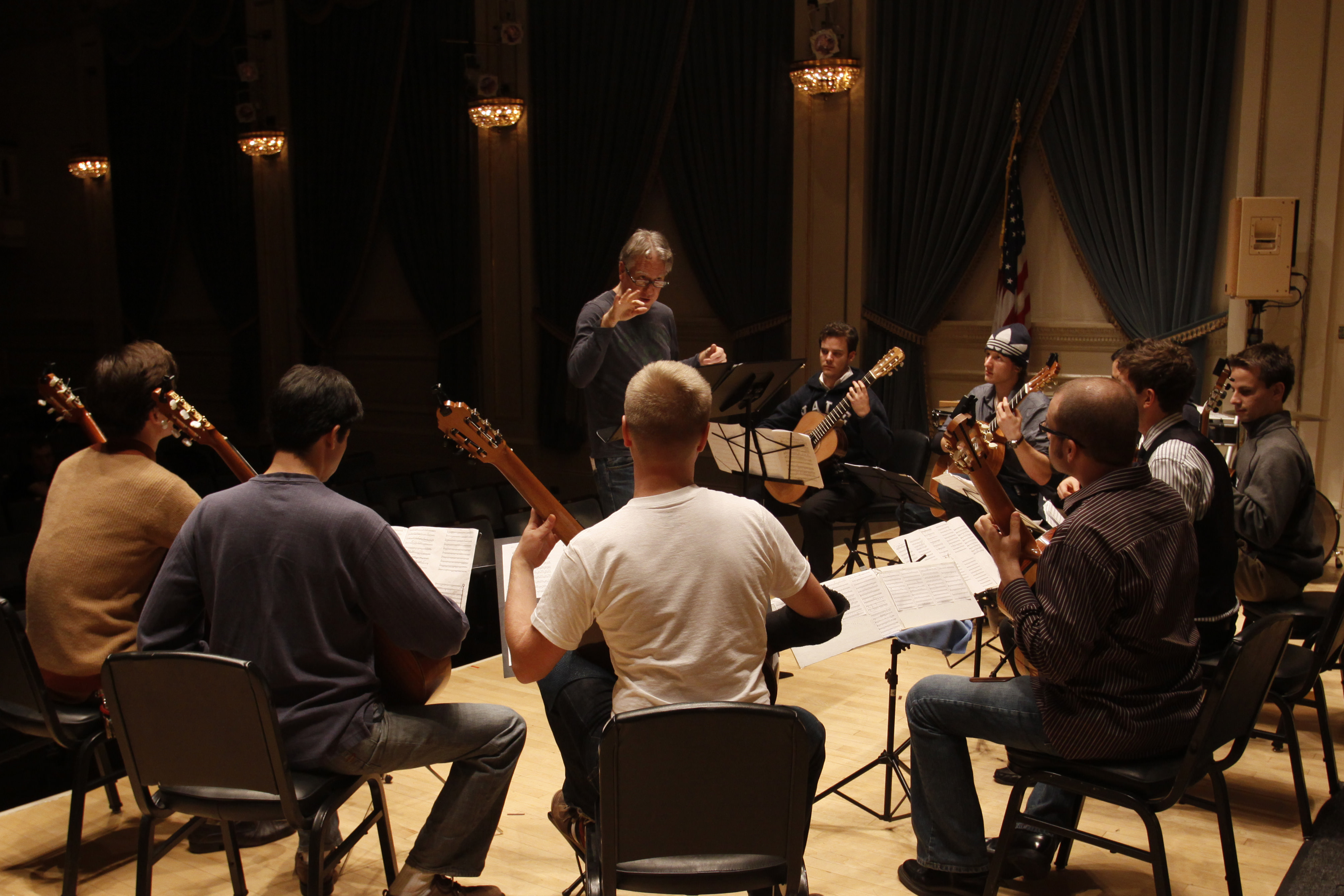 The Yale School of Music presents Guitar Chamber Music on Thursday, May 12 at 7:30 pm. The recital will feature students in the guitar studio of Benjamin Verdery as they perform chamber works that feature the guitar in a variety of ensembles.

The first half of the program features three duos for guitar with other solo instruments. It begins with Manuel de Falla's Siete Canciones Populares Españolas for cello and guitar, followed by Paul Lansky's Partita for percussion and guitar. Current YSM student and a guitarist Max Lyman will premiere his duo Elevenses, scored for double bass and guitar, followed by Steve Goss's American Pastoral and Antonio Vivaldi's Lute Concerto in D major.

The concert takes place at Morse Recital Hall in Sprague Hall (470 College Street, New Haven), and is free and open to the public. The event will also stream live online.