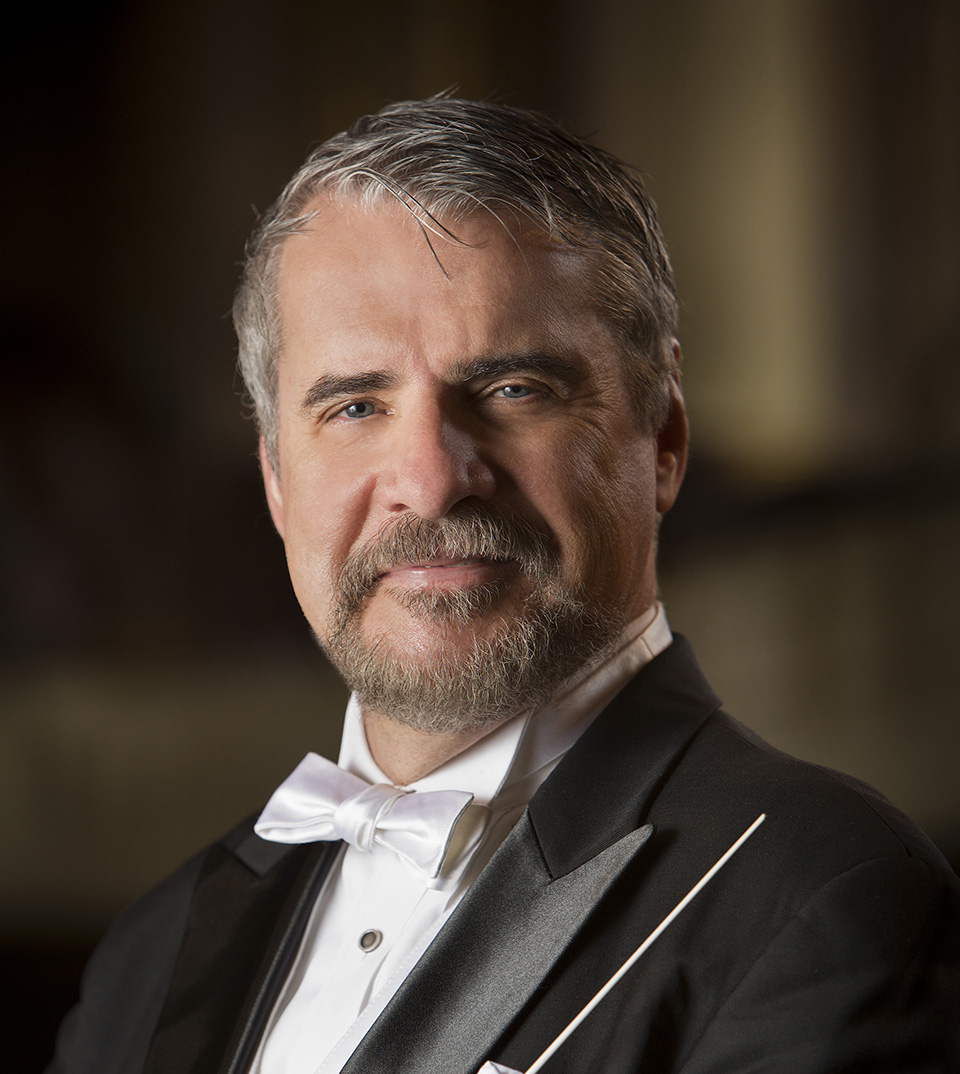 The Redlands Symphony announces the appointment of Yale School of Music faculty Ransom Wilson today as music director and conductor. Dave Maupin, chair of the Symphony Board of Directors, remarked on Mr. Wilson's appointment with great enthusiasm: “We could not be happier to welcome Ransom to Redlands. We are absolutely confident that he will elevate our wonderful orchestra to even greater heights as he takes the podium and shapes our artistic programming for years to come.”

In his first season at the Symphony, Mr. Wilson will be featuring many works and artists new to the region, while continuing the traditions of the Symphony, such as its special relationship with the works of Mozart. The newly appointed conductor will lead the orchestra for the first time on October 8 in a concert featuring works by Czech composers; Smetana, Martinů, and Dvořák.

"I have been impressed and deeply moved by this community: a city full of people who care about each other, give freely of themselves, and take pride in their beautiful place," said Mr. Wilson. "The Redlands Symphony has had a long and successful life in the loving hands of Maestro Jon Robertson, and it is a great honor for me to accept the baton from him.”

More about Ransom Wilson
Ransom Wilson has long been recognized internationally as one of the greatest flutists of his generation. After graduation from the Juilliard School in 1973, he spent a year in Paris as a private student of Jean-Pierre Rampal.  In 1976 he gave his official debut concert in New York City, with Rampal as his guest artist. An exclusive recording contract with Angel/EMI followed soon thereafter, along with extensive performances all over the world.

Ransom Wilson is turning increasingly to a career in orchestral and operatic conducting. He founded Solisti New York orchestra in 1981, with which he appeared as conductor in hundreds of concerts and recordings. More recently he has conducted two productions at the New York City Opera. Since 2006 he has been a member of the musical staff at the Metropolitan Opera. Additionally, he is artistic director and conductor of the ensemble Le Train Bleu, which received rave reviews for its debut performance at New York City’s Galapagos Art Space. He has appeared as guest conductor with England’s London Symphony Orchestra and Hallé Orchestra, the Hermitage State Orchestra in Russia, the Cracow Philharmonic (Poland), KBS Symphony (South Korea), the Saint Paul Chamber Orchestra, Houston Symphony, Denver Symphony, Los Angeles Chamber Orchestra (with Sir James Galway), San Francisco Chamber Symphony, Orchestra of St. Luke’s, New York’s Mostly Mozart Festival, New Jersey Symphony, Budapest Strings, Hartford Symphony, and Berkeley Symphony.

In addition to his current work at the Metropolitan Opera and the New York City Opera, Wilson has conducted numerous productions with the opera companies of Glimmerglass, Minnesota, and Portland. In 2004 he conducted the U.S. premiere of Gounod’s comic opera Le médecin malgré lui (with recitatives by Erik Satie) at Yale University. Internationally, he has conducted operas at the Festival La Quincena in Spain, and the International Opera Center in Amsterdam.

Ransom Wilson hails from Tuscaloosa, Alabama, and is an Artist of the Chamber Music Society of Lincoln Center, Professor of Flute at Yale University, Assistant Conductor at the Metropolitan Opera, and Artistic Director of  Le Train Bleu ensemble.