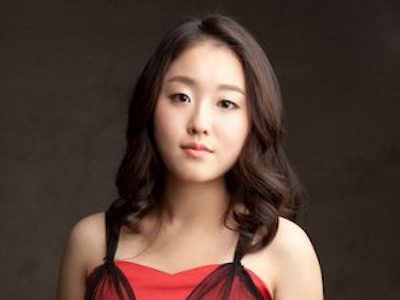 Yale School of Music student Seolyeong Jeong MM '17 collected two top prizes at the inaugural New York Piano Competition, winning the award for Best Performance of a 20th Century Composition, as well as third-prize overall in her age group. For the competition, 12 winners were selected from a pool of 30 candidates in two categories: ages 12-17 and 18-25.

The competition, organized by the New York Piano Festival and led by founder and artistic director Alexander Beridze, distributed more than $20,000 in awards and scholarships. Beridze spoke of the excitement surrounding the competition in a recent press-release, saying, "For us this has been the most amazing year to date. After seven years of running a festival we launched a Piano Competition ... and right away received over 100 entries from all 14 different countries." The jury for the competition was comprised of eight internationally renowned pianists, including Yale's own Arthur Haas.

Seolyeong's third-place result earned her a slot at this evening's winner's concert, presented in the famed Weill Recital Hall at Carnegie Hall, as well as a cash prize of $1,000. To get to this stage, Jeong had to pass through two rounds of competition, including a video round and a live round in New York. Each stage involved performing a demanding range of repertoire, including six separate works ranging from the Baroque to the 20th century. For the live round, Seolyeong performed Robert Schumann's Piano Sonata No. 1 in F-sharp Minor, Op.11; Igor Stravinsky's The Firebird Suite, arranged by Guido Agosti; and Tai-Bong Chung's Sungnyemun.

"Seolyeong did incredibly well. Aside from a third place in a very competitive field of candidates, she also won a special award form Best Performance of a 20th Century Composition," Beridze said. "She played an extremely difficult piece, and put on a solid and memorable performance," referring to Guido Agosti's arrangement of Igor Stravinsky's Firebird.

Seolyeong says that she is quite happy and excited to have the opportunity to perform at Carnegie Hall, and looks forward to spending the remainder of the summer at the Norfolk Chamber Music Festival.

More about Seolyeong Jeong
Seolyeong graduated from Seoul National University summa cum laude in 2015, where she studied with Professor Hie-yon Choi. She is currently pursuing her Master of Music degree at Yale University School of Music under the tutelage of Peter Frankl. Seolyeong made her solo recital debut at the age of 13 at Kumho Art Hall in Seoul, Korea. She has also performed solo and chamber music in prestigious halls including Seoul Arts Center, Youngsan Art Hall and Youngsan Grace Hall, Buam Art Hall. She has been a prizewinner at numerous competitions including Grand Prizes in Korean Liszt Competition and Sungjung Competition, and others, and first prizes in the Connecticut Young Artist Competition, Ewha-Kyunghyang Competition, Samick-Seiler Piano Competition, Korean Chopin Competition and Eumag Chunchu Competition.