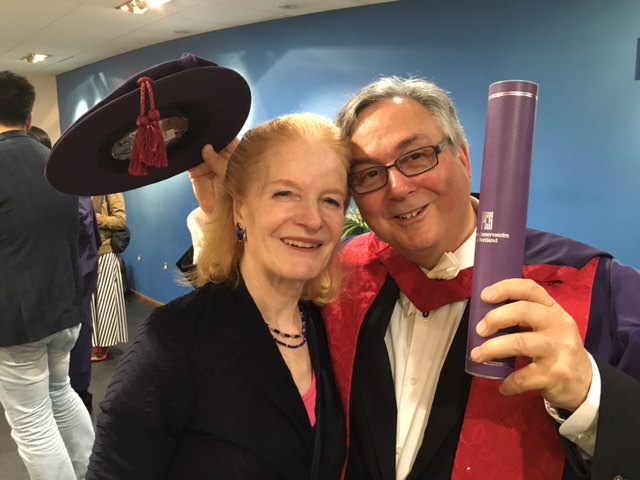 Cellist Ralph Kirshbaum '68BA was one of three acclaimed artists to receive an honorary degree from the Royal Conservatoire of Scotland in July. Jeffrey Sharkey '88MM, the school's principal, recognized Kirshbaum with an Honorary Doctor of Music Degree during graduation ceremonies on July 5. Actor David Tennant and choreographer Sir Matthew Bourne were also recognized.

"David, Sir Matthew and Ralph are all world leaders in their fields and we’re thrilled to celebrate their achievements," Sharkey was quoted in a news release as saying. "This creates also a wonderful opportunity for our students to engage with such inspirational individuals as they prepare to enter into the professional world in their own right."

A former student of Aldo Parisot, Kirshbaum has worked with many of the world's most renowned ensembles and artists. For three decades, he performed and recorded in a trio with violinist György Pauk and YSM faculty pianist Peter Frankl. He is the Gregor Piatigorsky Chair in Violoncello and chair of the string department at the University of Southern California's Thornton School of Music. He taught previously at the Royal Northern College of Music in Manchester, England, and, in 2012, founded the Piatigorsky International Cello Festival in Los Angeles. In 2001, President George W. Bush appointed Kirshbaum, a Texas native, to a five-year term on the President's Committee on the Arts and the Humanities.