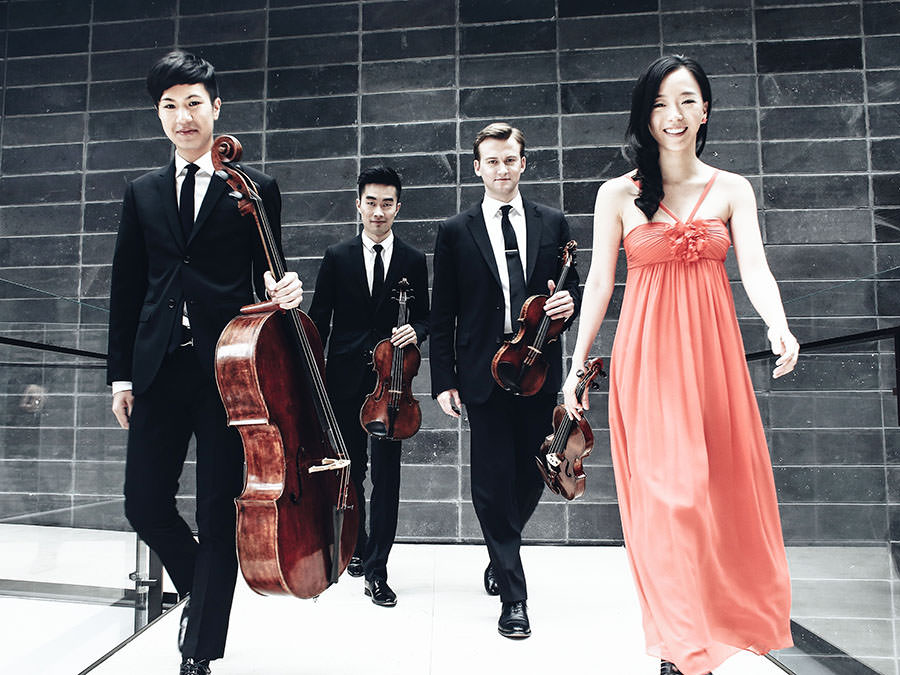 The Rolston String Quartet ('16 Norfolk) has been named the First Prize Laureate of the 2016 Banff International String Quartet Competition, which concluded after five rounds on Saturday, September 4. "In addition to a generous cash prize of $25,000," the Banff Centre for Arts and Creativity announced, "the Rolston String Quartet will benefit from a comprehensive custom-designed three-year career development program including a professional recording at Banff Centre and a performance tour in over 50 North American and European cities." The ensemble also won the Esterházy Foundation Prize and the Lunenburg Academy of Music Performance Prize. "This young quartet now has the opportunity to share their artistry with the world," Barry Shiffman, the competition's executive director, was quoted as saying.

The Tesla Quartet, whose members—including violist Edward Kaplan '10MM '11AD—attended Norfolk in 2011, earned Second Prize at the BISQC, receiving a $12,000 award. The Tesla Quartet also won the R.S. Williams & Sons Haydn Prize and the Canadian Commission Prize, each of which came with a $3,000 award.

The Argus Quartet, Yale School of Music's fellowship quartet-in-residence, and the Ulysses Quartet, whose members include violist Colin Brooks '13MM '14AD and cellist and Norfolk alumna Grace Ho, each earned a $4,000 Career Development Award. In May, the Ulysses Quartet won the Grand Prize at the 2016 Fischoff National Chamber Music Competition.

Ten quartets were selected to participate in this year's Banff International String Quartet Competition, which awarded more than $150,000 in cash prizes. "Without any doubt, the level of string quartet playing is at an all-time high," Shiffman said.

The 2016 BISQC was the 12th iteration of the prestigious event and was judged by members of the Rondom Kwartet, the Orford, Tokyo, and St. Lawrence string quartets, and the Alban Berg, Cleveland, and Belcea quartets.