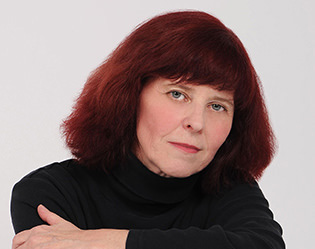 O Mistress Mine, a song-cycle for countertenor by composer Juliana Hall '87MM, received its world-premiere performance on Aug. 5 at the Norfolk Chamber Music Festival. The piece, which is set to texts from Shakespeare's plays, was performed by Darryl Taylor with the composer at the piano. The song-cycle was written for countertenor Brian Asawa, who was to perform the premiere but died in April. The Norfolk performance honored Asawa's memory and recognized the 400th anniversary of the Bard's death.

The Aug. 5 performance of O Mistress Mine kicked off a season in which Hall’s vocal works Christina’s World; Roosters, The Bells, and How Do I Love Thee?; and Upon This Summer’s Day will be premiered in programs of the Cincinnati Song Initiative, the Contemporary Undercurrent of Song Project in Princeton, New Jersey, and the London Festival of American Music, respectively. Other song-cycles by Hall have been programmed for performances this season in Boston, New York, and Washington, D.C.

Hall studied composition at the Yale School of Music with Martin Bresnick, Leon Kirchner, and Frederic Rzewski. She was awarded a Guggenheim Fellowship in 1989. Hall has composed works for such acclaimed vocalists as Asawa, baritone David Malis, and soprano Dawn Upshaw, and has had her music performed around the world.